Father’s Day weekend is just around the corner, meaning you should have taken care of at least two things already; first, dad’s present and second, a killer Father’s Day movie to get everybody in the spirit.

The first one is all you, but if you’re coming up short on movie ideas, we’ve got you covered. The lovely CIFF team has searched their hearts for their perfect “dad movie” and come up with a list of films that are sure to have you calling your dad faster than you can say Steve Martin.

HEARTS BEAT LOUD is a super sweet, endearing, music-related, indie gem about a father and his daughter's single-parent relationship, and their songwriting together. The music in this film is fantastic and their chemistry is bang on, not to mention the standout father played by... Nick Offerman!

TRAIN TO BUSAN is a great genre film perfect for our Late Shift lovers. It’s a very different father-daughter relationship, but this father will do anything he can to try and save his daughter from the zombie virus outbreak. High action, fast-paced, super fun - and yet another dad doing the best he can under the circumstances he's in! 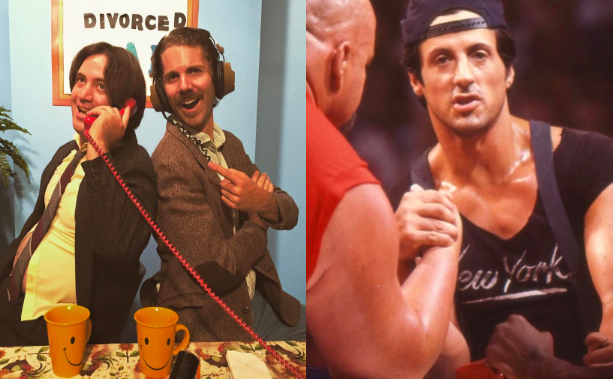 DIVORCED DAD + OVER THE TOP

DIVORCED DAD is a 5 episode web series where a recently divorced father runs his own talk show to talk about his new life, all in the glory of 80's public access television. Created by the Winnipeg film collective Astron-6, this will hit home with fans of their filmography.

In OVER THE TOP Sylvester Stallone tries to reconnect with his estranged son by taking him on a road trip into the world of big-rig truck driving and high-stakes arm wrestling. With a soundtrack brimming with hair metal and rock ballads, it doesn't get more 80s than this! Also, who wouldn't want a dad who wears a backwards trucker hat, looks like Stallone, and is a world champion arm wrestler. 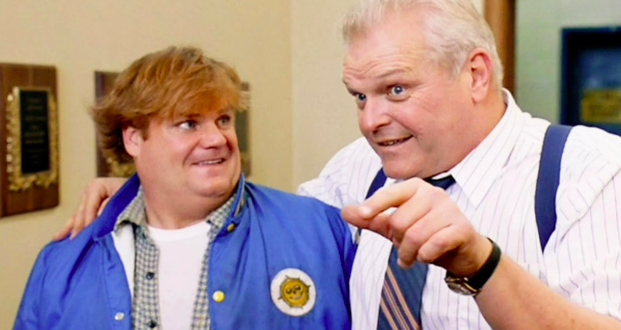 The sweet and caring relationship between Tommy (played by the lovable and gone-too-soon Chris Farley) and his dad, Big Tom (played by the incredible and also gone-too-soon Brian Dennehy), is what anchors this slapstick comedy and elevates it to a perennial favourite for me. I’ve watched this film countless times and it still makes me laugh out loud, while the scenes with Tommy and his dad never fail to move me. 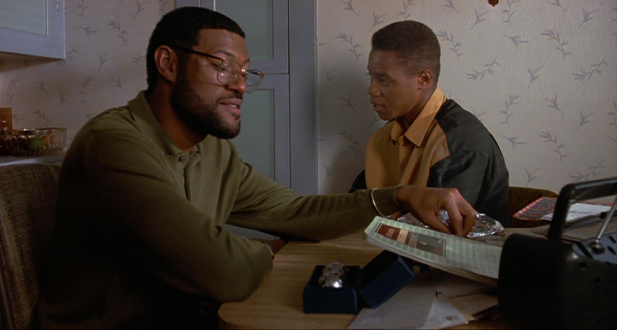 Jason "Furious" Styles (Laurence Fishburne) is the father of Tre Styles (Cuba Gooding Jr.) a troubled kid that finds himself in a world of drugs and street violence. Furious is portrayed as the kind of father that has seen it all and knows better. Throughout the movies, Fishburne's character tries to instill discipline in his son. Despite his efforts to raise a responsible kid, Tre finds himself wrapped in the perils that his father tries to warn him about throughout the film. 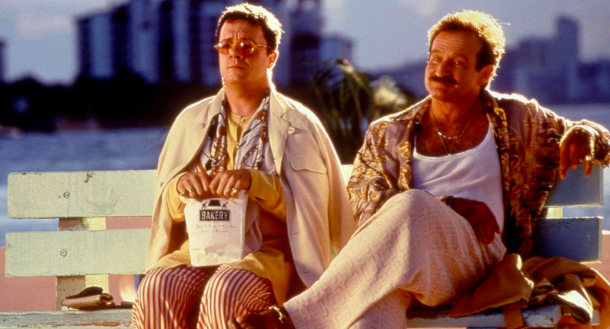 Robin Williams and Nathan Lane are an openly gay couple running and starring in their own drag club. When their son, Val announces that he has plans to marry his girlfriend Barbara, they agree to be supportive parents. Things take a turn for the worse when it is revealed that Barbara’s father is conservative Republican Senator Kevin Keeley. Hilarity ensues as this blended gang of fathers attempts to keep the peace. 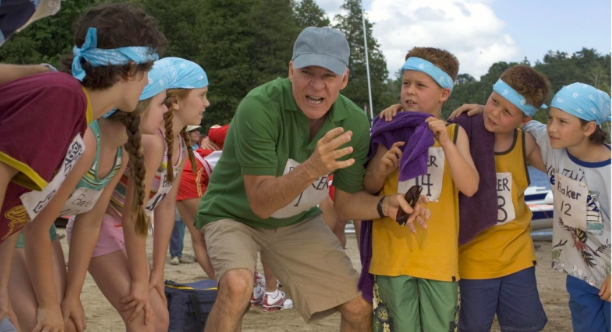 CHEAPER BY THE DOZEN 2

Steve Martin is, quite simply, a dream dad. This movie was the stand out to me among his many other fatherhood-related films for a great variety of reasons. As a child of the early 2000s, watching this film back now is an extremely nostalgic experience, it truly does not get more 2005 than this; Hilary Duff’s platform flip-flops alone should’ve won this movie an Oscar. But why the second film and not the first? Simple answer, two words; Eugene Levy. The two super dads go head to head with their vastly different parenting methods as Levy plays a father obsessed with achievement while Martin is an all-American dad with too many kids and too little time. Interwoven into the hijinx are some really heart-warming lessons about living up to your father’s expectations, dealing with your daughter’s first date and flying the nest.

What is it about absent fathers, their sons, and cars? Possibly the most poignant scene in Richard Linklater’s BOYHOOD comes when the film’s titular boy, Mason, now a teen, learns to his dismay that his dad (Ethan Hawke) has sold his trademark GTO, which Mason achingly remembers as having been promised to him when he grew up. We ache along with Mason as we see how the promise – misremembered or not, it’s impossible to tell – has subtly shaped Mason’s sense of himself and the father who moved in and out of his life.

Boyhood memories of a fatherly pronouncement play a different but similarly life-shaping role in Adam McKay and Will Ferrell’s TALLADEGA NIGHTS: THE LEGEND OF RICKY BOBBY. A young Ricky (Ferrell) has his entire psyche shaped – or warped – by the admonishment of his absentee father (Gary Cole) that “if you ain’t first, you’re last!” His dad’s reply, decades later, when confronted by his disillusioned son? “Aw hell, Ricky, I was high when I said that.” Two very different movies, one lesson: be careful what we say to our kids!

Perhaps one of the most buzz-worthy films to ever appear at CIFF, PARASITE is a Korean black-comedy thriller about a lower-class family, the Kims, that infiltrate the lives and home of an upper-class family, the Parks, by posing as unrelated individuals who all become employed by the family. Primarily a commentary on class, PARASITE also serves as a fascinating study of family and fatherhood. Ki-taek, the patriarch of the Kim family (played brilliantly by Song Kang-ho), is the glue that holds them all together, and although he might make what are morally questionable choices, everything he does is for the good of his family. He's their rock. And isn't that what a good father should be?

Available to stream on Crave, Cineplex, YouTube and Google Play

While the family in PARASITE pretend to be unrelated to scam the wealthy, the family in SHOPLIFTERS is just the opposite. In this Palme d'Or winning film, a family-like group lives in poverty, working odd jobs and shoplifting to support one another.  Posing the question "what makes a family?", SHOPLIFTERS is a perfect Father's Day film because it reveals that maybe blood really isn't thicker than water, and our chosen family is what is most important. Like Ki-taek, father Osamu may make some morally questionable choices, but it's his love for his family that motivates him to do the right thing in the end.

Available to stream on Hoopla, MUBI, YouTube and Google Play.