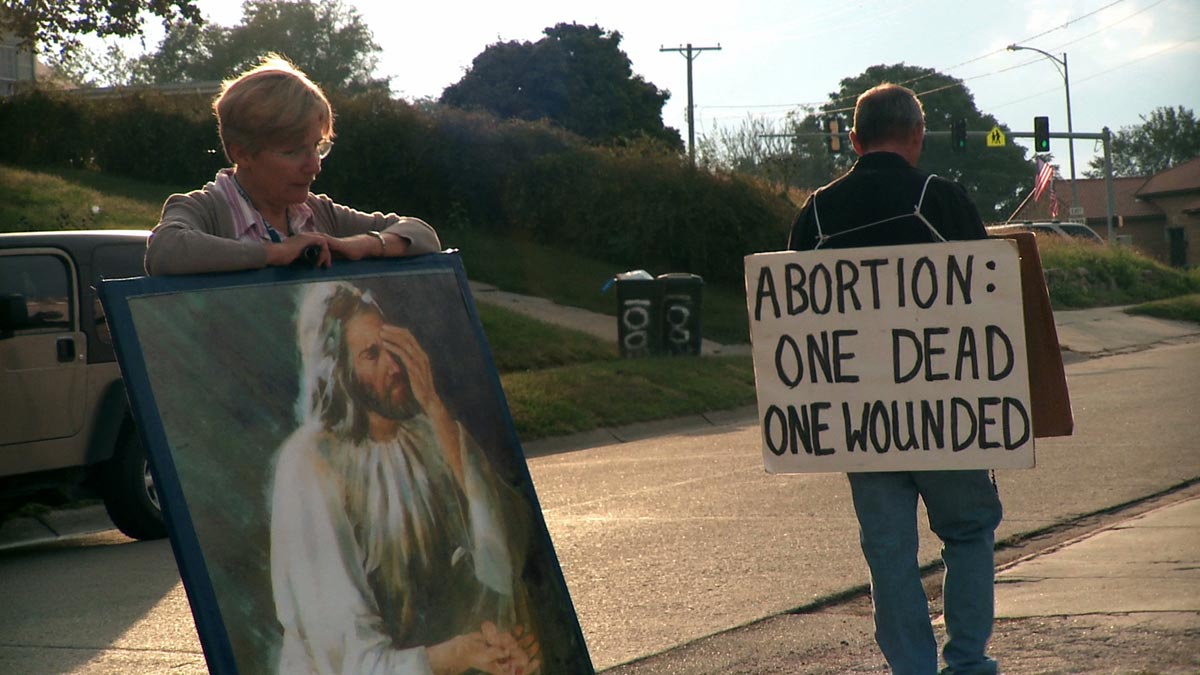 In 2009, an American doctor by the name of George Tiller was assassinated while sitting at church in his hometown of Wichita, Kansas. The reason? Tiller was one of only five third-term abortion providers in the country.

Now, four years later, directing duo Martha Shane and Lana Wilson bring us a glimpse into the lives and clinics of the four remaining doctors. As these doctors face death threats, protests and their own internal conflicts, they also remind us that they are providing a procedure “that no one really wants.” The film follows several families struggling with impossible decisions and their own morality—each case offered is complex and impossible to render in black and white terms. As the debates rage on in today's heated political climate, After Tiller offers a compassionate, clear-eyed look at a difficult topic and a doctor's legacy.

Ain al-Hilweh is the largest Palestinian refugee camp in Lebanon, with 70,000 people forced to live in one square kilometre of crumbling infrastructure.