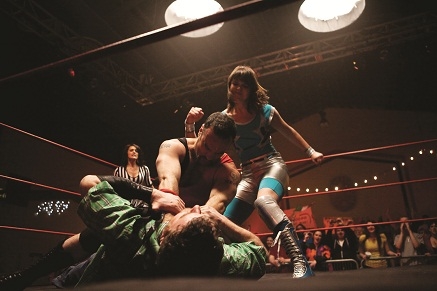 Eighteen-year-old Fran (Marthe Bernard of Republic of Doyle) has always wanted to be a professional wrestler, just like her parents. Never mind the fact that her dad (Trailer Park Boys' Robb Wells), who put the sport behind him years ago, is dead-set against it—to the point that he'll body-slam anyone who even tries to train her. All Fran needs is an opportunity. That's exactly what she sees when her dad's old tag-team partner (Tony Nappo) comes through town. Sneaking off to see the show, Fran talks her way onto the tour, determined to follow her dreams even if it means breaking up her family.

The first feature from director Deanne Foley, Beat Down is loaded with action inside and outside the ring. Nominated for three Canadian Comedy awards, it's a heavyweight comedy with a whole lot of heart.

The most ambitious work yet from Montreal wunderkind Xavier Dolan, who at 23 has now had three films play to overwhelming acclaim at...