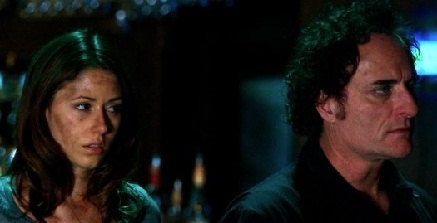 Fame isn’t only about talent and success. Sometimes it’s also about escape. Leigh Parrish (Amanda Crew) is a small-town girl who has gone on to bigger and better things. While on a trip home, though, she finds that the shadows of her old life aren't so easy to leave behind. If she ever wants to be free, she'll have to confront the unsavoury figures of her past, including ex-employer Maurice (Sons of Anarchy's Kim Coates).

Filmed in Saskatoon by Calgary director Robert Cuffley, whose Walk All Over Me played CIFF in 2007, Ferocious brings the dark side of the Canadian prairies to vivid life. With a top-tier cast of Canadians, including Kim Coates, Michael Eklund (The Divide, The Day), Katie Boland (The Master, Day Dream Nation) and Dustin Milligan (The Entitled, Shark Night 3-D), this is one brush with fame you won't soon forget.

The most ambitious work yet from Montreal wunderkind Xavier Dolan, who at 23 has now had three films play to overwhelming acclaim at...