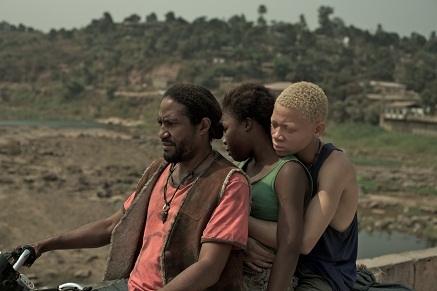 Year 2012
Runtime 90 mins
Language French
Subtitles French language with English subtitles
Set in war-torn sub-Saharan Africa, Rebelle is the story of Komona (Rachel Mwanza), a 14-year-old girl kidnapped into a rebel army and forced to fight against the government. It's also Mwanza's screen debut, and her fierce, fearless performance earned her a Silver Bear award for best actress at the 62nd Berlin International Film Festival, where the film was also nominated for the festival's top prize. When Komona survives an ambush that leaves the rest of her unit dead, her superstitious captors label her a “war witch” and she rockets through the rebel ranks. Despite the daily horrors she endures, Komona falls in love with Magician, a 15-year-old in similar circumstances, and the two work together to try and escape the gruesome lives they didn't choose.