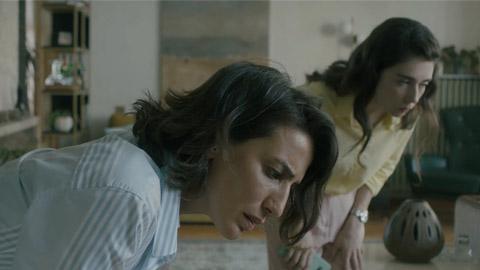 Zuhal is an upper-middle-class woman with a good job, a house in Istanbul and a long-term relationship. Her ordinary life is spent dealing with daily troubles, business and making phone calls with her boyfriend. This all changes when she hears a cat meowing one night. Because of this meow, which she believes is coming from a flat, she is forced to communicate with the neighbours she deliberately avoids. However, she cannot convince anyone of the existence of this meow.

In her debut, after three award-winning short films, Nazlı Elif Durlu tells the story of a strong female protagonist through dark humour and lively characters.

A teenage girl, who is already a small-time criminal, joins a hyper-masculine motorcycle crew.

Samba and Lara fall in love amidst the political unrest of 1960s Mali.