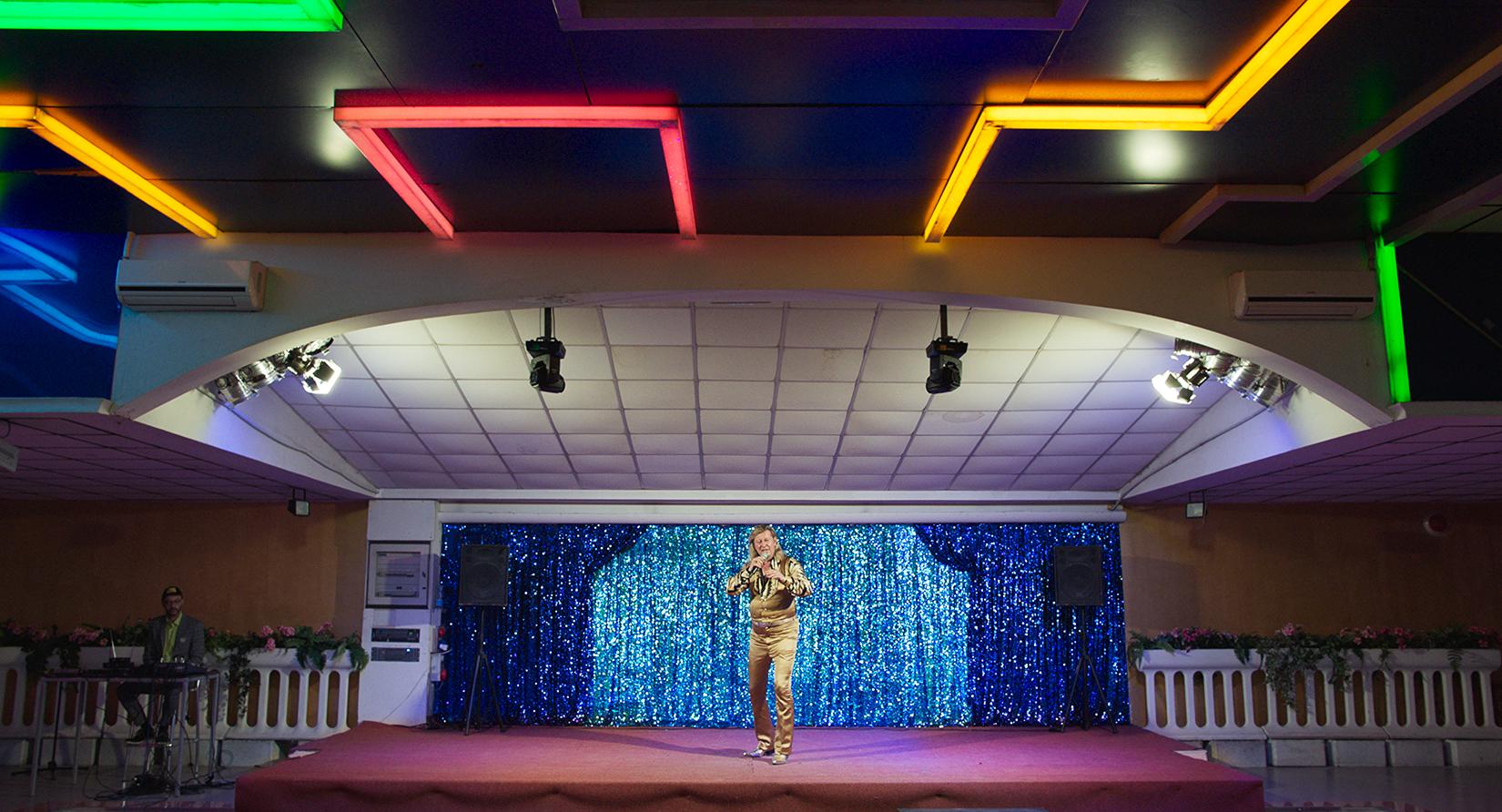 Richie Bravo, once upon a time a successful pop star, chases after his faded fame in RIMINI. Richie funds his dissolute lifestyle and addiction to gambling with concerts for busloads of tourists and sexual favours for his female fans. His world starts to collapse when his adult daughter suddenly breaks into his life and demands money from him that he never gave her.

Cult favourite filmmaker Ulrich Seidl (PARADISE TRILOGY) returns with his first feature narrative in nearly ten years. Co-written by his spouse and writing partner Veronica Franz (THE LODGE, CIFF 2019), RIMINI is a darkly comedic tale of despair, familial relationships falling apart and the difficulties of being an aging celebrity.

A woman tries to reconcile the father she knew with the man she didn't.

Jerzy Skolimowski’s EO follows a donkey as it experiences the best and worst of what humanity has to offer.