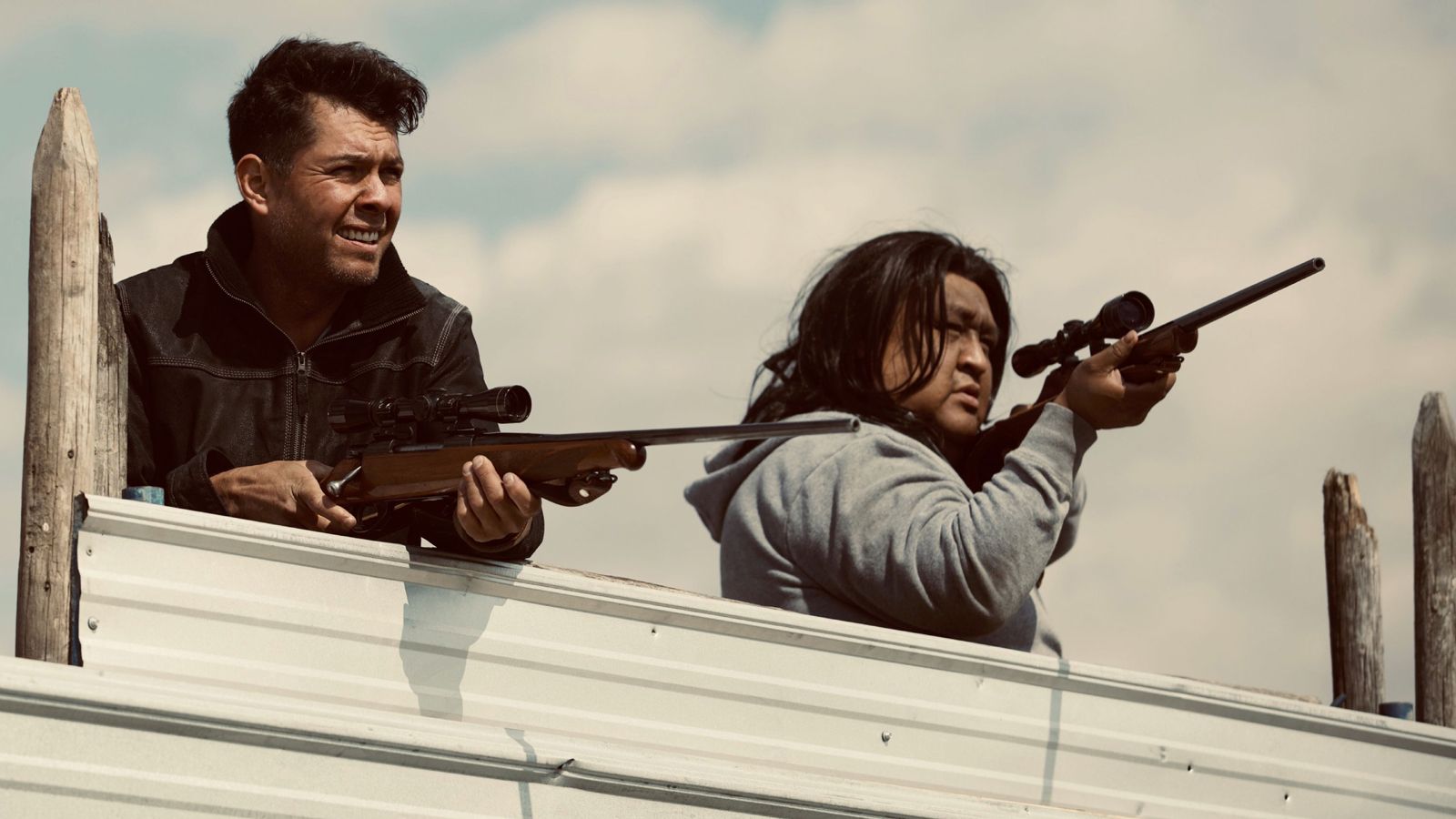 Presented through the Indigenous lens; a world destroyed by a zombie apocalypse where two men, Kirt (Derek Miller) and Will (Howie Miller), stand watch at the barricades surrounding the Rez. Both fighting to keep sane among the horrors of flesh starved zombies and haunting visions of a new impending threat that lies beyond death. Derek Miller is an Indigenous Canadian singer-songwriter/actor who has received two Juno Awards and performed at the Closing Ceremonies of the Vancouver 2010 Winter Olympics. Howie Miller is Native American comedian/actor who has performed all over North America, including the Montreal "Just for Laughs" Comedy Festival.