The Other Side Of Hope

Winner of Best Director at Berlin, THE OTHER SIDE OF HOPE is a timely film about finding compassion and hope in a hostile world.

THE OTHER SIDE OF HOPE marks the welcome return of master director Aki Kaurismäki, and is the second film in his migrant trilogy following LE HAVRE (2011). This time around, Kaurismäki tackles the very relevant topic of a Syrian refugee seeking asylum and depicts events in his signature deadpan comedic style. The film contains two parallel stories whose characters cross paths in an amusing manner. One story thread follows Khaled (Sherwan Haji), a refugee who has escaped from Aleppo and ends up in Helsinki after hiding on a coal freighter. Khaled wants to seek asylum in Finland but encounters a complicated bureaucratic system. The other strand features Wikström (Sakari Kuosmanen), a shirt salesman, who leaves his wife, sells his business and bets his future on a restaurant, named the Golden Pint.

Kaurismäki illustrates stark reality through the lens of humour and packs his film with a diverse array of characters that includes musicians, those on the fringes of society, card sharks, bureaucratic officials, white nationalists and refugees trapped in the system. Winner of the Silver Bear for Best Director at this year’s Berlin Film Festival, THE OTHER SIDE OF HOPE is a timely film about finding compassion and hope in a hostile world. 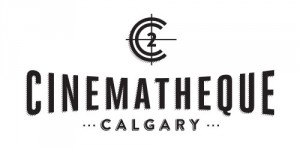 A real life kidnapping depicts how intimate relationships within a close-knit community are impacted in this Cannes Award-winning film.

Marlina The Murderer In Four Acts

A feast for the senses, MARLINA THE MURDERER IN FOUR ACTS is a creative extension of the Spaghetti Western sub-genre.