In Conversation With Jason Jones

This year at the Calgary International Film Festival we are delighted to be able to offer Calgary audiences the opportunity to have an exclusive conversation with one of the most recognized faces on Late Night Television - Jason Jones!

Jason Jones is a Canadian actor and producer, and well-known for his work on THE DAILY SHOW. He is currently shooting THE DETOUR in Calgary. Join him for a moderated conversation to learn what life has been like since making the moving from Hamilton, Ontario to LA.

Writer, producer, director, and actor Jason Jones rose to fame during his decade-long stint as a correspondent on Comedy Central's Emmy®- and Peabody Award-winning program, THE DAILY SHOW, where his interviews garnered him critical and audience attention. As the longest serving male correspondent, he holds the record for most field pieces, most lawsuits and most people put in prison.

Jones left the Daily Show in 2015 to create and star in TBS’s THE DETOUR. The show is currently the number one cable comedy in America. Alongside writing, directing and executive producing THE DETOUR, Jones also serves as Executive producer on Full Frontal with Samantha Bee.

Jones's other credits include recurring roles on CBS's HOW I MET YOUR MOTHER, NBC's LAW AND ORDER, and Amazon's CREATIVE GALAXY. On the big screen, Jones has appeared in DATE NIGHT, PITCH PERFECT, PITCH PERFECT 2, THE ART OF THE STEAL, HOT TUB TIME MACHINE 2,  GOON 2 and a whole bunch of other crap you haven't heard of.

The event will be moderated by Andrew Phung. Andrew is an award-winning actor, improviser, emcee, and writer. He is a long-time improviser with the world-renowned Loose Moose Theatre Company where he serves as a Senior Ensemble Performer and Instructor. Andrew is an alumnus of Avenue's Top 40 under 40 list (2009) and has been named Best Local Actor (2013, 2014, 2017) and Best Local Comedian (2014, 2016) by FFWD Weekly and Best of Calgary. Andrew is currently one of the stars of the hit television series KIM'S CONVENIENCE, and took home the Canadian Screen Award for "Best Supporting Actor in a Comedy Series" for his work on the show. 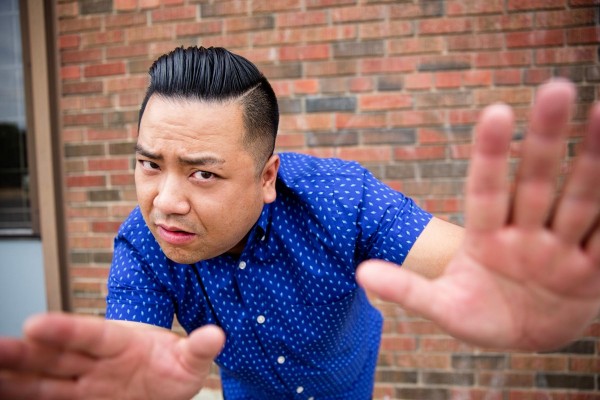 This is a free event, no ticket required.

Noteworthy in Behind the Screen

Some music is so iconic that you instantly find yourself transported to another place - and that place is often the movie theatre...

We're closing this year's festival with our final Behind the Screen event - a road trip!

So You Wanna Be In Pictures: Casting Directors