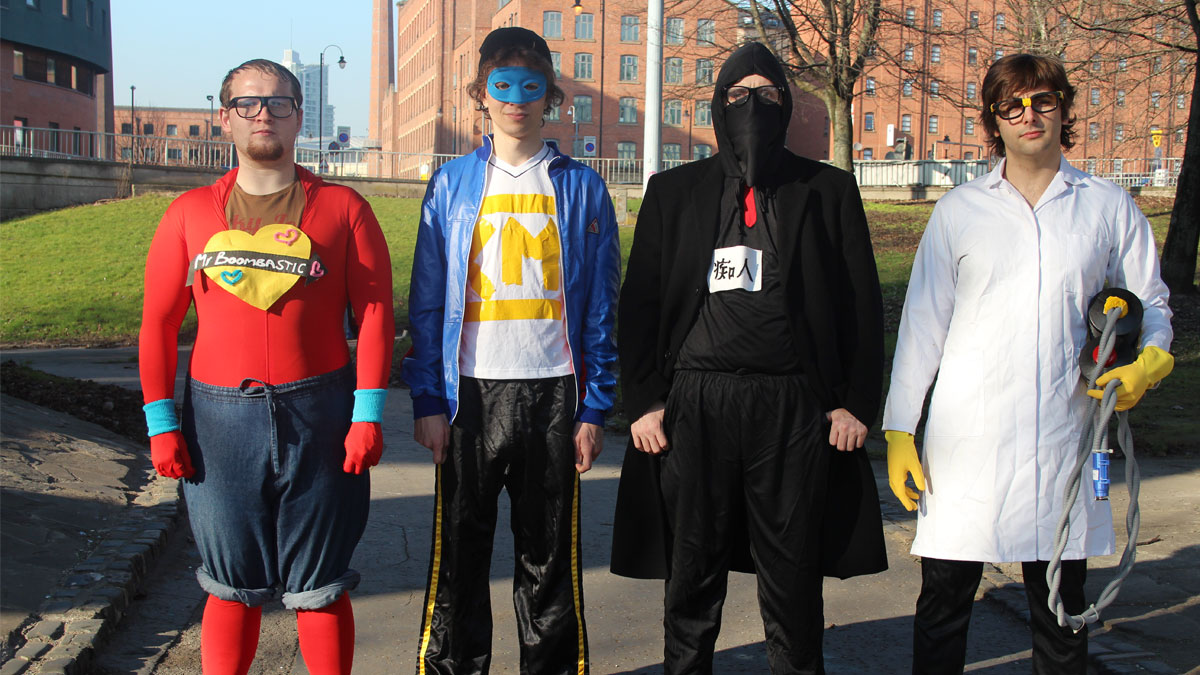 A diverse package of amazing films will be featured, from kids hailing from Calgary, Alberta, Ontario, Nova Scotia, Vancouver, the United States, and the United Kingdom. Young people have the potential and the ability to capture and influence our world, and to see such talent in these films makes CIFF very proud to be a part of celebrating their success.

An ant colony is thrown in chaos after a devastating act of dog.

Two boys make breakfast on father's day, but they have different interpretations to beating the egg.

While his master sleeps, a maniacal cat works on his twisted experiments.

A man who lives a boring life realizes he can make his life extraordinary when he meets a woman running a lemonade stand.

A battle over what to watch on TV sets a cat and her owner at odds.

A short skit about a girl who learns that maybe it’s not the best idea to read scary stories before bed.

After a girl is caught in a supernatural trap, her only hope for survival is her cat.

Day in the Life of a Montessori Junior High class A: The Element. Morgana McKenzie, Ontario

A wordless documentary presenting a typical day of the students in the Montessori Junior High class of OMS Montessori; an independent school located in Ottawa.

Millions live in daytime darkness. This documentary shows how students are bringing light to the lives of those in the slums of Bangladesh.

A dog and cat spy each other at the veterinarian's office and instantly fall in love. After being dragged away from each other by their owners, they dream of what their life together would be like.

Based on the 1,100 km journey of the 104th Regiment during the War of 1812, Winter March follows the experiences of eighteen year-old Lt. John Le Couteur on this epic trek as recorded in his wartime journal.

Two boys out for a walk come face-to-face with Zombies - armed only with an iPod.

A high school student goes through many out of the box trials in order to get his dropped pencil back, all while being watched by a more than strict teacher during a high pressure exam.

An interpretive piece, this film deals with depression, anxiety, fear and rejection.

A sci-fi fantasy comedy involving four geeky guys on their way to a comic book convention which results in some unexpected events.

The Right Kind of Wrong

Leo (Ryan Kwanten, of True Blood-fame) has been unlucky in love.