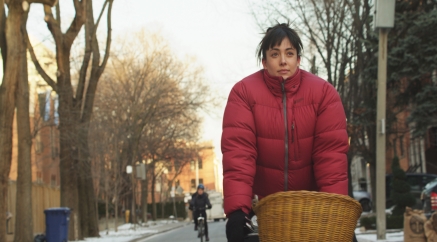 Margarita (Nicola Correia Damude) could put Mary Poppins to shame. More than just a live-in nanny for Toronto power couple Ben and Gail (Patrick Mckenna and Claire Lautier), she's also a maid, a cook, a tutor, a handyman; essentially, the only thing keeping the household together.

Margarita's life isn't entirely charmed though, and the problems don't end with her commitment-phobic girlfriend. When bad investments force Ben and Gail to cut back on their expenses, ending her contract is the obvious choice—until the couple realizes how helpless they are without her. Going back on the decision won't be simple, though, as Margarita's firing triggers an investigation by Canada's immigration services, and she isn't exactly legal. Told with warmth and touching on issues of social justice, Margarita is above all a story of family.

Set in war-torn sub-Saharan Africa, Rebelle is the story of Komona (Rachel Mwanza), a 14-year-old girl kidnapped into a rebel army and forced...