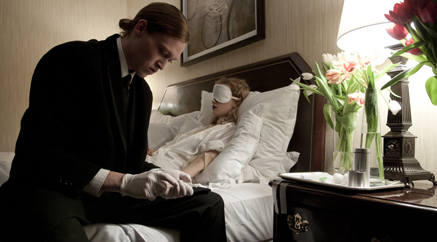 Antiviral, the debut feature from Brandon Cronenberg, is a murder mystery for a generation that has lived through the dual dangers of SARS and TMZ. Caleb Landry Jones (X-Men: First Class, Byzantium) plays a young man who works for a strange corporation that infects its customers with the same diseases as their favourite celebrities. But when he finds himself infected with a bizarre sickness that killed an adored young starlet, he has to unravel the mystery of her death to save his own life.

Rife with disturbing body horror imagery in the vein of Videodrome and The Fly, Brandon Cronenberg's first film suggests he's inherited some of his father's obsessions along with a generous helping of his talent — and a twisted sense of humour that's entirely his own.

Please join us following the screening for a Bio-Hazardous after-party at Vern's Pub (622 8 Ave SW) — it's all included in your gala ticket...food, drinks, DJ Kamil Krulis and live music!