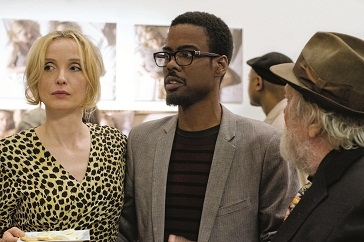 Julie Delpy directs and stars opposite Chris Rock in this hilarious comedy where cultural differences, race relations and family mayhem collide. The follow-up to actor-director Julie Delpy’s 2007 hit comedy 2 Days in Paris, is both a love letter to New York City and an amusing look at how love can overcome the most absurd familial dysfunction.

It’s a cozy state of affairs until Marion’s eccentric father, sex-obsessed sister and her sister’s flirty boyfriend (who also happens to be Marion’s ex-lover) descend on the household for two stress-filled days.

Marion’s sanity is tested as her sister tries to seduce Mingus, and her father manages to offend almost everyone he meets with his unapologetically boorish ways. This witty comedy of manners has been compared to Woody Allen’s work with its cast of oddball characters and delightfully outlandish situations.

Winner of the Palme d’Or at the 2012 Cannes Festival, Austrian director Michael Haneke’s Amour is an unflinching portrait of love tested by...