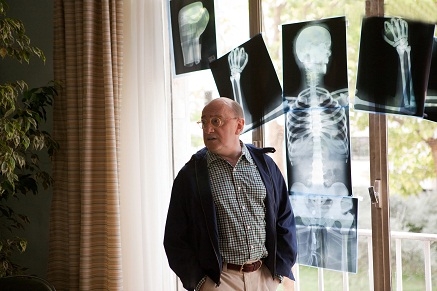 Veteran French star Michel Blanc (Pret-a-Porter) teams up with Melanie Laurent (best known for her star-making performance in Quentin Tarantino's Inglourious Basterds) in this winning French comedy drama. Families are complicated at the best of times, and things don't get any easier when your father is 60 and expecting a baby with his new wife. Not surprisingly, Eli (played by the incomparable Michel Blanc) and his growing family shock his two grown daughters; particularly Dom (Florence Loiret Caille), who is trying to adopt - and is infuriated.

Younger daughter Justine (Laurent), already resentful of her largely absentee father, retreats into her art and a series of meaningless affairs. To compensate, Eli tries to grow closer to Justine by making friends with all of her exes—without her knowledge. When Justine falls in love again and Eli is about to ruin everything, the strain of it all may prove too much in this lighthearted comedy-drama from French director Jennifer Devoldère.

Winner of the award of the Youth at this year's Cannes film festival and a nominee for the Palme D'Or, Holy Motors is...

All In Good Time

Set in working-class Bolton, UK, Nigel Cole (director of Made in Dagenham and Calendar Girls) returns to CIFF with All In Good Time,...