Stephanie Joline is an Indigenous filmmaker whose stories provoke conversation, break boundaries, and are deeply rooted in inclusivity and feminism. Stephanie's films include NIGHT BLOOMS (2021), a gritty drama set in the 1990s, and PLAY YOUR GENDER (2016), a documentary on gender bias in the music industry. Stephanie has directed for TV and streaming platforms APTN, AmazonPrime, and CBC Gem. In 2020 she was awarded the Irving Avrich Award from TIFF recognizing rising Canadian talent.

Bretten Hannam is a Two Spirit L’nu filmmaker living in Kespukwitk, Mi’kma’ki (Nova Scotia). Their films deal with themes of community, culture, and language with a focus on two spirit and LGBTQ+ identity. This year they are releasing WILDHOOD, a story focusing on identity, heritage, and self discovery. Bretten is a Fellow of the Praxis Centre for Screenwriters, Outfest Screenwriting Lab, Whistler’s Indigenous Filmmaker Fellowship, and the CFC Writers Lab.

René Jean Collins is a veteran producer, director of photography, and musician, with several decades working in the film and television industry. He began in private broadcasting, followed by 13 years with CBC/Radio Canada French services, working as a correspondent in Alberta. He has numerous awards and nominations to his credit. In 2018, he co-produced his first feature film for APTN, called PARALLEL MINDS and is one of the Executive Producers & Co-Producer of DON’T SAY ITS NAME. 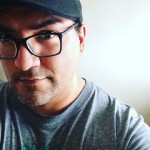 Born and raised on Waterhen Lake First Nation in northwest Saskatchewan, Rueben Martell became enamoured with the oral tradition of storytelling through his grandmother. Over the years, he has worked on APTN’s THE SEVENTH GENERATION as a production assistant, then an assistant director trainee on MOCASSIN FLATS, before moving on to a director’s observer for RABBIT FALL (2007) and CORNER GAS (2008). Currently, he is developing his next feature film A LIFE LESS EMPTY with producers Julian Antelope and Sera lys Macarthur, as well as a long developing TV pilot REDWATER. 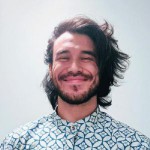 Portraits from a Fire

Raised in the Tsilhqot’in community of Tl’etinqox, Trevor Mack’s foundation in film work is based on the nourishment of the next generations of the T?ilhqot’in Nation. His fictional and documentary film projects range from intimate personal portraits of his family’s history to nation-bridging panoramas that the T?ilhqot’in National Government include in their ongoing negotiations over hunting, fishing, and land rights with the Province of British Columbia and Government of Canada.
Length 45 mins
Event Details
2:15 PM Brüch Bar
Reserve Seats
2:15 PM Video On Demand
Reserve Seats
Partners