CIFF is a year-round arts and culture organization devoted to supporting filmmakers, youth, and enriching audiences through film.  We believe in celebrating achievements in filmmaking and having a direct impact on the future of film.

We created Film Circle to bring together patrons who share our passion for elevating Calgary’s cultural vibrancy, discovering the best new films from around the world, celebrating diversity and inclusivity, promoting our local film industry and supporting volunteerism and youth learning.

As a Film Circle patron, you’ll be front and centre at year-round CIFF events and enjoy a premium experience at the 11-day Calgary International Film Festival.

Thank you to Our Film Circle Patrons

Thank you to our Honorary Patrons 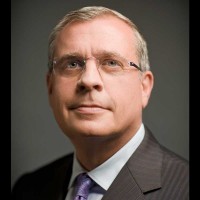 Membership in the Film Circle is a great way to stay engaged with latest offerings from CIFF. Film Circle events both during the Festival and throughout the year also a unique opportunity to meet and share experiences with like-minded Calgarians who share a passion for innovative and compelling films. Storytelling is one of the most powerful social and cultural forces on earth. Not only do stories entertain, engage and enlighten, but also reveal what it means to be human and how we might live a better life. That’s why I am proud to be a Film Circle member as we help support the Festival bring the very best stories of our time from around the world for all of us to share and experience here in Calgary.

Film Circle is my way of expressing my love of films and the experience of a world class film festival, as well as helping Calgary become the type of city I know it can be.

**subject to availability, contact filmcircle@ciffcalgary.ca at least 24 hours in advance