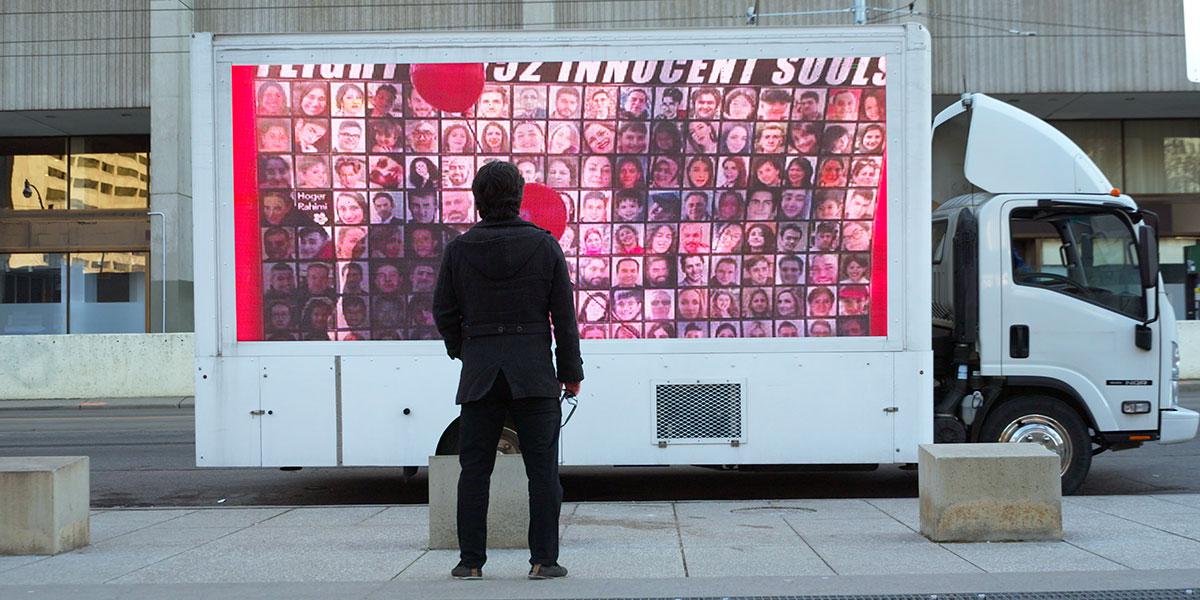 The downing of the Ukrainian passenger flight 752 over the skies of Tehran on January 8, 2020, shook the world. All 176 passengers were killed, among them women, children, university students and academics, many of them residents or citizens of Canada. The tragedy occurred during renewed tensions between Iran and the United States, following the killing of an Iranian general in Iraq. Iran's retaliation for the general's killing was a missile attack on U.S. military installations near Baghdad on the morning of January 8. The exchange heightened the tensions with both sides bracing for military escalation.

752 IS NOT A NUMBER tells the tale of Dr. Hamed Esmaeilion, a dentist in Toronto who was leading an ordinary quiet life with his wife and nine-year-old daughter, until they boarded flight PS752. This ordinary man was thrust into extraordinary circumstances as his fight for justice became a worldwide story.

A cast of trans actors confronts the legacy of a young trans woman forced to choose between honesty and access.