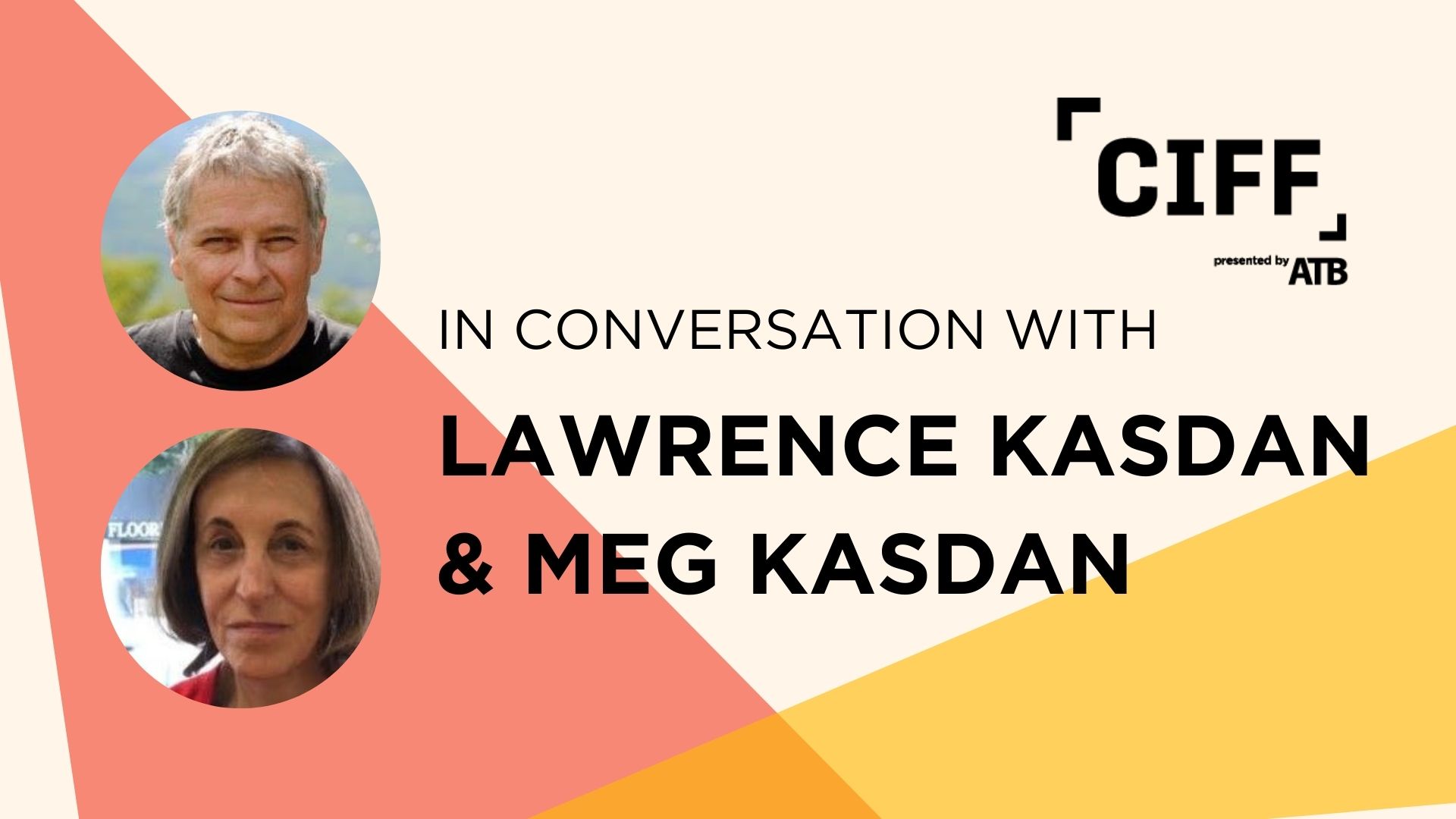 Lawrence Kasdan is a four-time Oscar-nominated director and screenwriter whose writing credits include RAIDERS OF THE LOST ARK, THE EMPIRE STRIKES BACK, and STAR WARS: THE FORCE AWAKENS. He directed and co-wrote BODY HEAT, THE BIG CHILL, THE ACCIDENTAL TOURIST, SILVERADO, WYATT EARP, and GRAND CANYON, which he co-wrote with his wife, Meg Kasdan.

Meg Kasdan was born in Detroit and graduated from the University of Michigan. Her writing credits include GRAND CANYON and DARLING COMPANION. She was music coordinator for THE BIG CHILL, the soundtrack of which has sold over seven million copies. LAST WEEK AT ED’S, a 2020 CIFF selection, represents her first directing collaboration with her husband, Lawrence.

This event will be moderated by The Calgary Herald's Eric Volmers.

Eric Volmers was born in Cambridge, Ont. and studying film and English literature at Brock University before accidentally falling into journalism in his early 20s. As an entertainment reporter for the Calgary Herald and Postmedia, Eric has covered film, television, visual art, theatre, music and books and interviewed everyone from Jim Carrey and Tom Hanks to John Irving and Salman Rushdie.
Runtime 60 mins
Streaming Information
Unlock or Reserve Stream
Partners

In Conversation with Andrew Phung

Andrew Phung is an actor, improviser, and emcee hailing from Calgary, Alberta whose new film, EVENTS TRANSPIRING BEFORE, AFTER, AND DURING A HIGH...