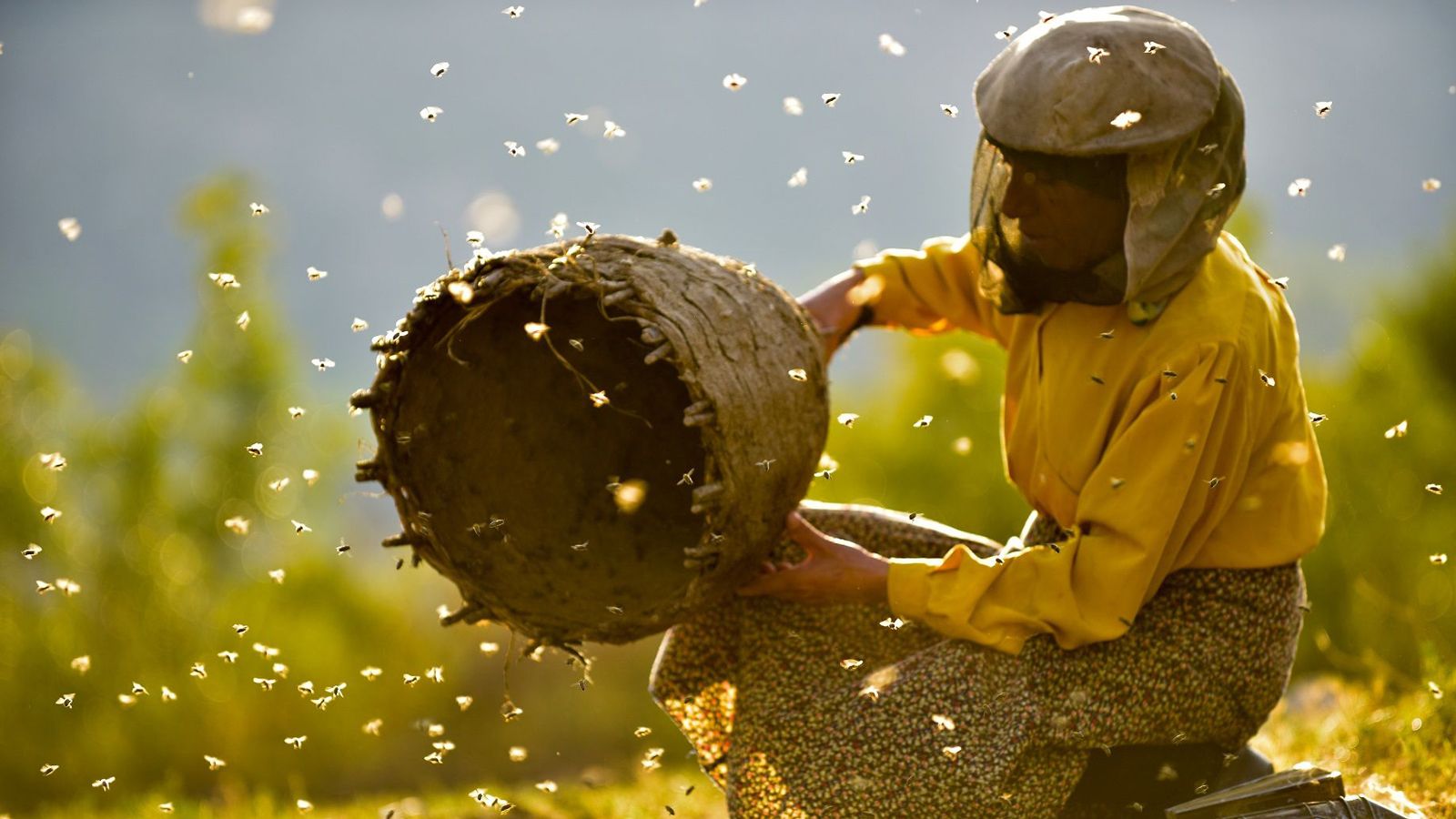 Living a simple existence in the middle of the breathtaking Balkan mountainside, Haditze Muratova lives in peace with nature, nurturing her beloved honeybees. She is the last of the Macedonian wild beekeepers, using centuries old methods to maintain balance with her hives. While taking care of her ailing mother, she makes the four hour trek to market to sell her honey. The peaceful routine of her life is disrupted when new neighbours appear with their herd of cattle and seven children. Not wanting to interfere with their chaotic presence she offers only a single piece of sage advance: take half the honey for yourself, leave half for the bees.

Recorded over the course of three years, the filmmakers quietly observe from a distance allowing nature to take its course and leave everyone irrevocably changed in the process. The result is one of the year’s most critically acclaimed and cinematically stunning documentaries which won a Sundance Special Jury Prize and Grand Jury Prize for World Cinema Documentary.

Through vérité footage and raw interviews, this award-winner of the Sundance Grand Jury Prize for Documentary is a fearless exposé that unmasks the...