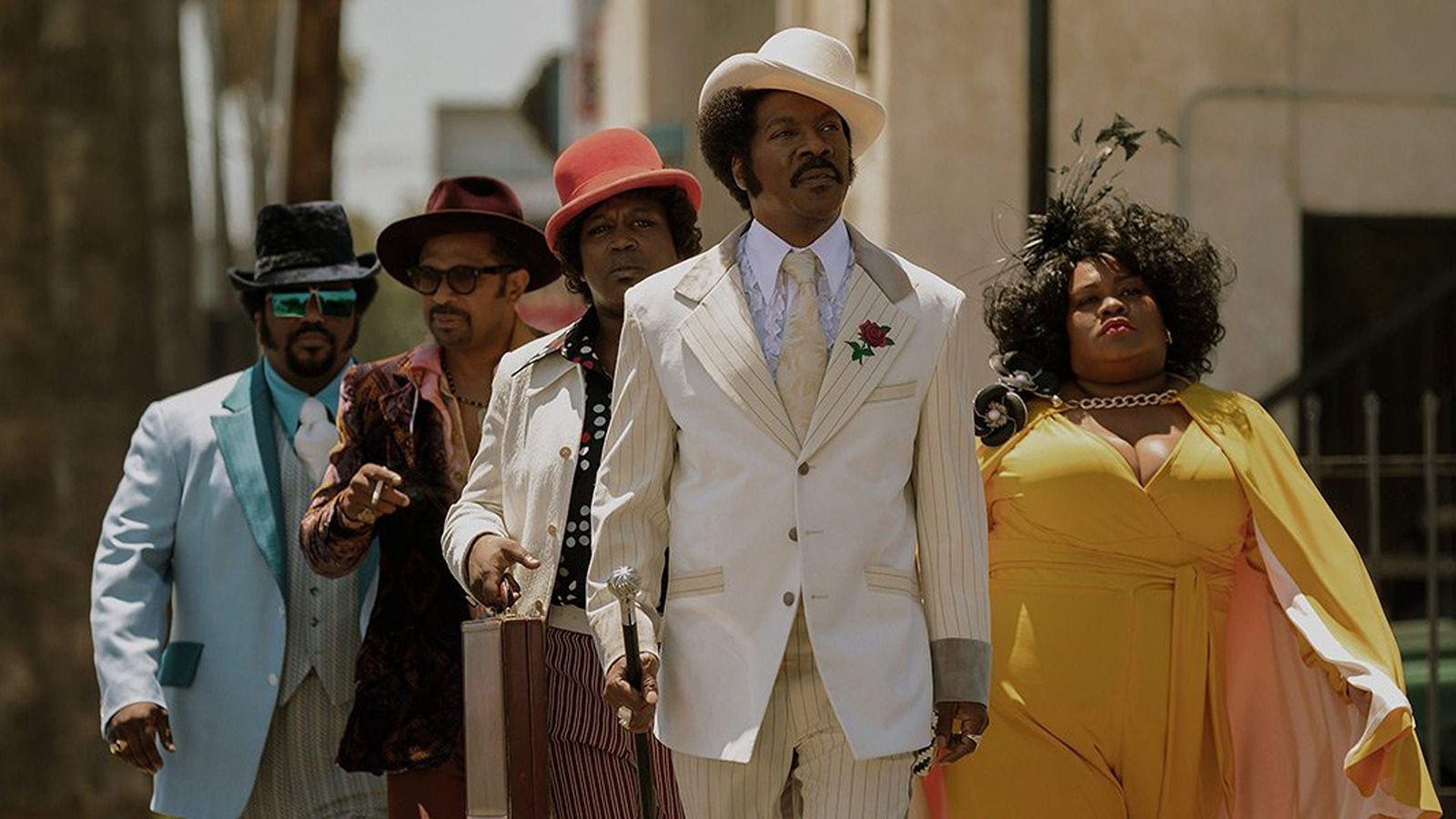 Year 2019
Runtime 118 mins
Language English
Alberta Premiere
From the director of HUSTLE & FLOW and the writers of THE PEOPLE VS. LARRY FLYNT comes this hugely entertaining portrait of a Blaxploitation classic.

Stung by a string of showbiz failures, floundering comedian Rudy Ray Moore (Academy Award nominee Eddie Murphy) has an epiphany that turns him into a word-of-mouth sensation: step onstage as someone else. Borrowing from the street mythology of 1970s Los Angeles, Moore assumes the persona of Dolemite, a pimp with a cane and an arsenal of obscene fables. However, his ambitions exceed selling bootleg records deemed too racy for mainstream radio stations to play. Moore convinces a social justice-minded dramatist (Keegan-Michael Key) to write his alter ego a film, incorporating kung fu, car chases, and Lady Reed (Da’Vine Joy Randolph), an ex-backup singer who becomes his unexpected comedic foil. Despite clashing with his pretentious director, D’Urville Martin (Wesley Snipes), and countless production hurdles at their studio in the dilapidated Dunbar Hotel, Moore’s Dolemite becomes a runaway box office smash and a defining movie of the Blaxploitation era.

Eddie Murphy leads an all-star cast in what promises to be one of the most entertaining biopics in ages.

DOLEMITE IS MY NAME is one of two films CIFF is screening for our Closing Gala on Saturday, September 28th, 2019 at the Globe Cinema. The film screenings will be followed by a Block Party with favourites Paper St., Junction Stage + Bar, The Derrick, and State & Main. Block Party wristbands include two drink tickets.

Paper St will be dropping the 90s tunes, Junction Stage + Bar will have two floors of entertainment from Hip Hop performances to top 40 tunes, State + Main will be spinning the dance floor classics while The Derrick will be an oasis of chilled back vibes. Wristbands give you access to all 4 locations along with a choice of drinks - plus Paper St and State + Main will have an exclusive area with food.

Director of Photography Eric Steelberg will be in attendance for a Q&A, as well as additional crew.