Shut Up And Say Something

Preceded by the short film: Stories Of The Hip: One Night In Kingston

Shane Koyczan's poetry has made him a Canadian icon. This documentary shows its role in reconciling him to his estranged father.

Canadian icon Shane Koyczan has brought his spoken word poetry to stages all over the world, including TED Talks that have gone viral and the 2010 Vancouver Olympics. This documentary, both an introduction to his poetry and an exploration of his relationships with those around him, highlights his journey of seeking reconciliation with his father who abandoned him at an early age, and how in order to accomplish this, Koyczan has to rely on his poetry's vulnerability like never before.

Created by friend and filmmaker Stuart Gilles, SHUT UP AND SAY SOMETHING is directed by Vancouver-based filmmaker, Melanie Wood (FOR DEAR LIFE) and is at once distinctly Canadian, and definitively human.

SHUT UP AND SAY SOMETHING will be preceded by the short film: 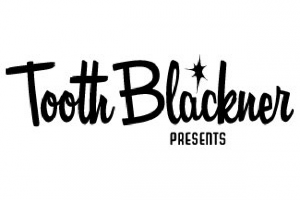 PACMEN follows the failed presidential run of Ben Carson, showing us the people who placed their hopes for America on his shoulders.

This beautifully-shot tribute to colour, fire and sound focuses on the major fireworks manufacturing city of Tultepec, Mexico.