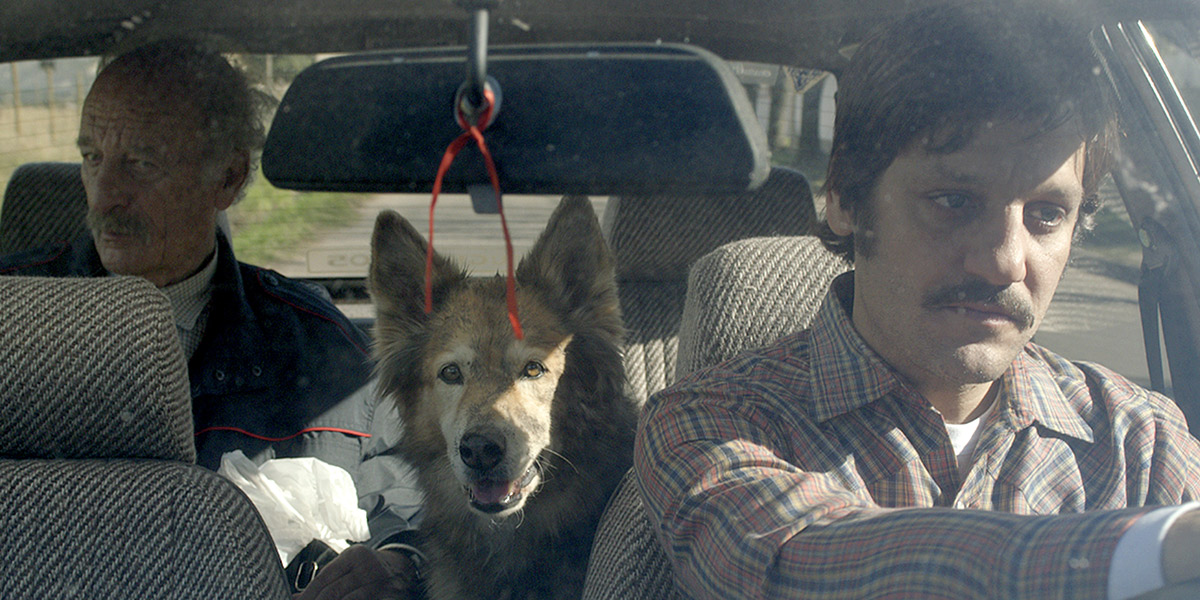 Sebastián (Rodrigo De la Serna, THE MOTORCYCLE DIARIES) is a slacker who is not keen on getting a proper job, much to the disappointment of his wife. When Sebastián and his wife move to a new apartment, they constantly get wrong phone calls intended for a car service company. One day, Sebastián impulsively decides to answer the phone and pretends to be employed by the car service. Just like that, Sebastián has a new job and enjoys driving people in his beloved vintage Peugeot 505. He isn’t fond of one of his passengers, an elderly man named Jalil (Ernesto Suárez) who depends on Sebastián’s car services quite a bit; then one day, Jalil asks Sebastián to drive him almost 3000 kilometres, from Buenos Aires to La Paz, Bolivia. Sebastián agrees only for the money but as the two men take the long road journey, they encounter unexpected challenges which change their lives.

Francisco Varone has crafted a humorous and heartwarming take on the road film by showing how both the journey and destination can be equally important depending on one’s perspective.

Venya (Pyotr Skvortsov) is a lonely teenager who doesn’t fit in school and is always on the outside. Gradually, he turns towards the...

Based on the historical crime novel Fingersmith by Welsh writer Sarah Waters, THE HANDMAIDEN takes place in 1930s Korea, during the Japanese occupation...

In The Last Days Of The City

IN THE LAST DAYS OF THE CITY is a beautiful tribute to Cairo shot before the Egyptian revolution of 2011 changed the city...