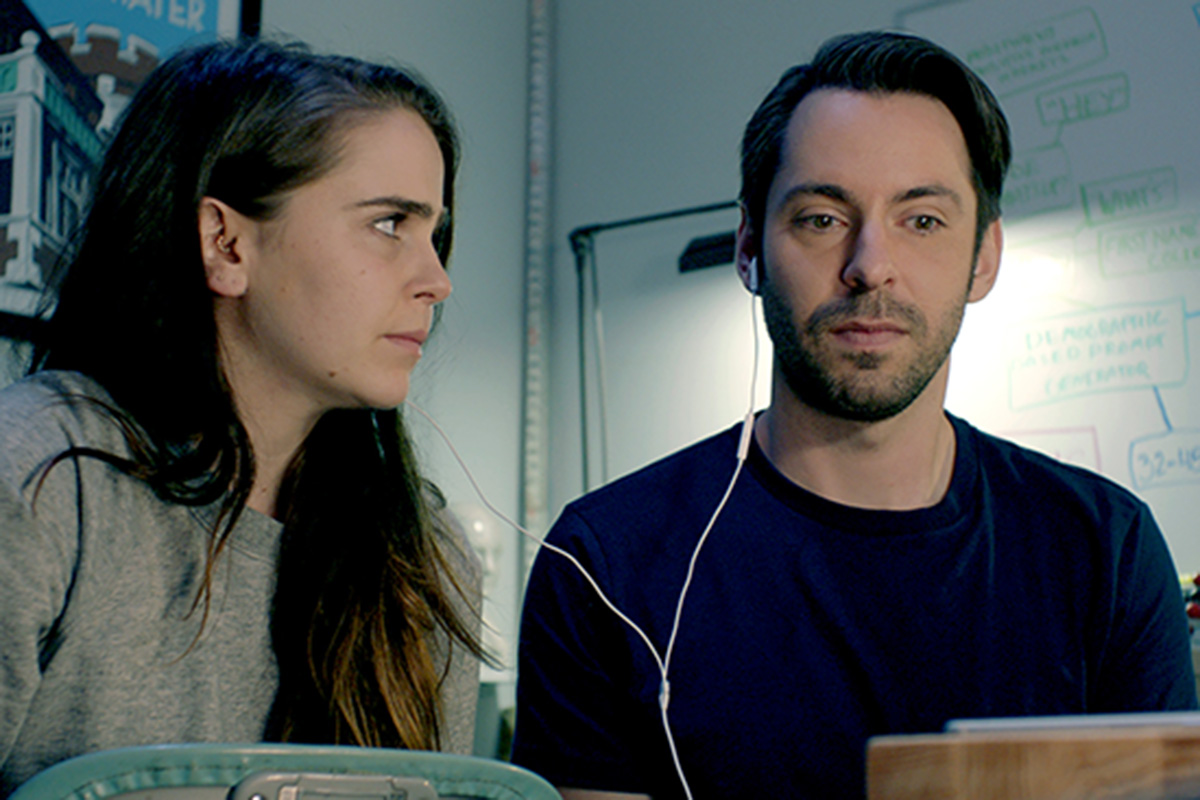 Actor Martin Starr in attendance for the September 23 screening!

Joe (Martin Starr, SILICON VALLEY, FREAKS AND GEEKS) is a programmer fraught with debilitating anxiety and panic attacks. To manage his condition, he methodically quantifies everything including work, sex and exercise.

Joe is developing an interactive voice response system that can respond sincerely with empathy, which he models after his wife Emily (Mae Whitman, THE PERKS OF BEING A WALLFLOWER). Emily hopes that participating in Joe’s project may reinvigorate a marriage strained by the pressures of work and divergent personal interests.

What begins as collaboration devolves into a precarious affair between Joe and Emily’s automaton. Joe becomes obsessed with perfecting his creation as an unchanging version of his wife to satisfy his sexual and psychosocial needs. As Joe slips further into a fantasy relationship with his program, he risks losing Emily as she dares to grow and change.

When you’re a friend in need, who can you really depend on? Unfortunately for Peter, the friend indeed is Donald. Now a successful...

Glam rock drag queen Sidney (Tomas Pais) lives a lifestyle that leaves no room for children. So when his ex drops off their...