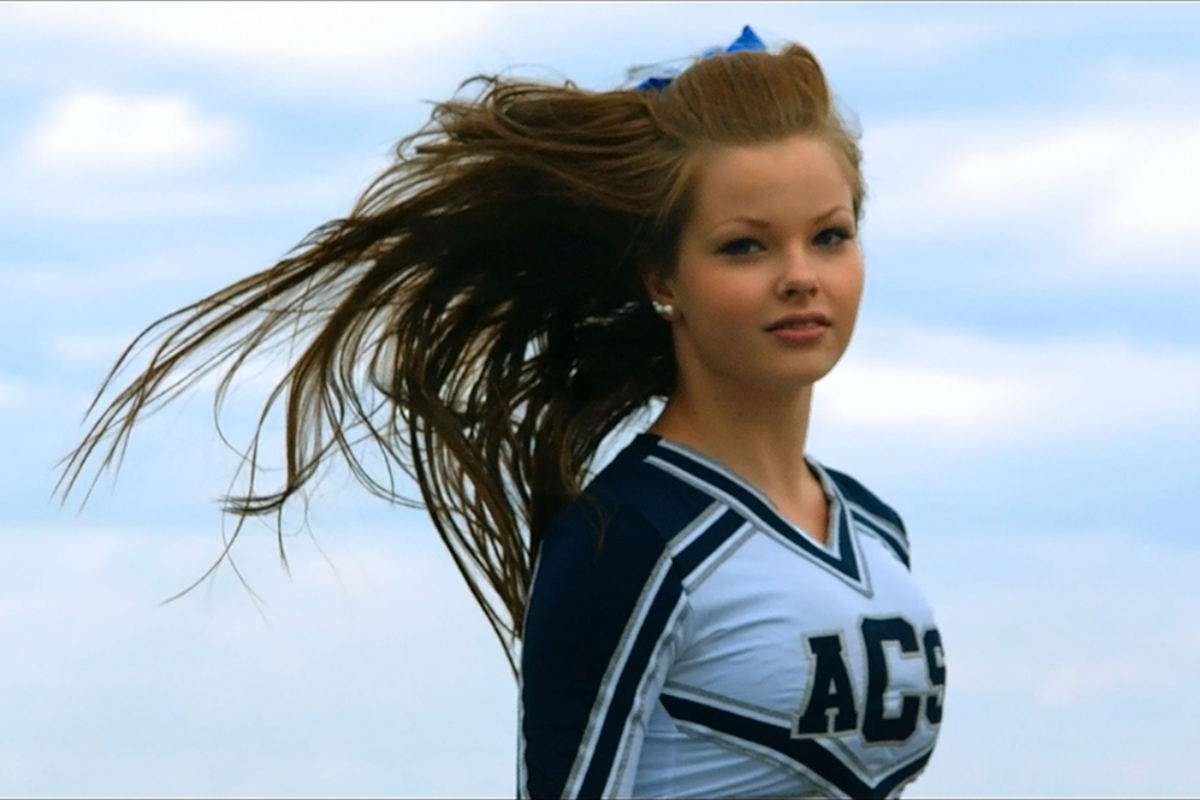 Meet the Ice Queens, the lowest-ranked high school cheerleading team in the Arctic Circle of Finland. Lead by Miia, an ambitious coach who's tired of losing, the Ice Queens aim to rise up the ranks of competitive cheerleading while coping with the added struggles of teenage life.

CHEER UP follows the Ice Queens as they are pushed to their breaking point and battle their way through a demanding training routine. This Hot Docs Official Selection is a coming of age story that takes us into the daily lives of a group of teenage girls seeking to improve themselves.

Parent's Guide: Presents real world view of the anticipation and loss of competitive sports along with family challenges. Teens are shown using cigarettes and alcohol. An adult mentor/coach becomes pregnant and is seen getting multiple tattoos. Teen subjects face serious life events including a parent with cancer and a widowed father finding a new love. Profanity is limited to two scatological expletives and a few terms of deity.

Content Information for CHEER UP
Violence: B+
Sexual Content: B-
Language: B-
Alcohol / Drug Use: C-
Description of the grades