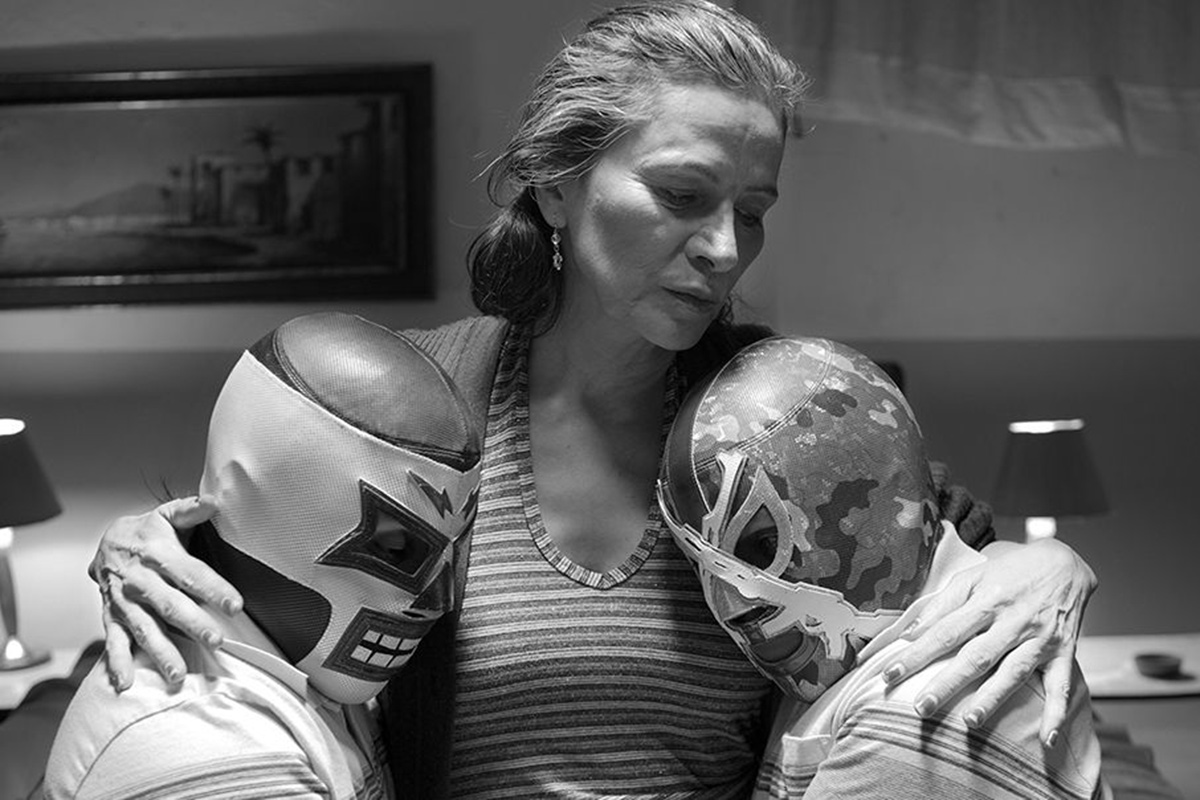 Twin mini-luchadores Little Death (Juan Francisco Longoria) and Little AK (Guillermo López) are sidekicks to their regular lucha wrestler counterparts, Death and AK. Society has not been kind to the twins, but their wrestling identity has given them a sense of belief; because of this, they never remove their wrestling masks, not even for their families or when making love. The brothers' wrestling fame allows them to earn money, which they spend liberally on drinking and prostitutes. Their lives take an unexpected turn when they encounter Adela and Dora, two prostitutes who have family problems of their own and are struggling to make ends meet.

Shot in stunning black and white, BLEAK STREET takes the viewer on a wild ride through an unforgiving world. Famed Mexican director Arturo Ripstein demonstrates his 50-year filmmaking craft in all its glory, evoking Luis Buñuel’s Mexican cinema as he peppers the film with plenty of dark humour and emotions.

On the small Greek island of Antiparos, new town doctor Kostis (Makis Papadimitriou, CHEVALIER) leads a solitary life – until he treats an...