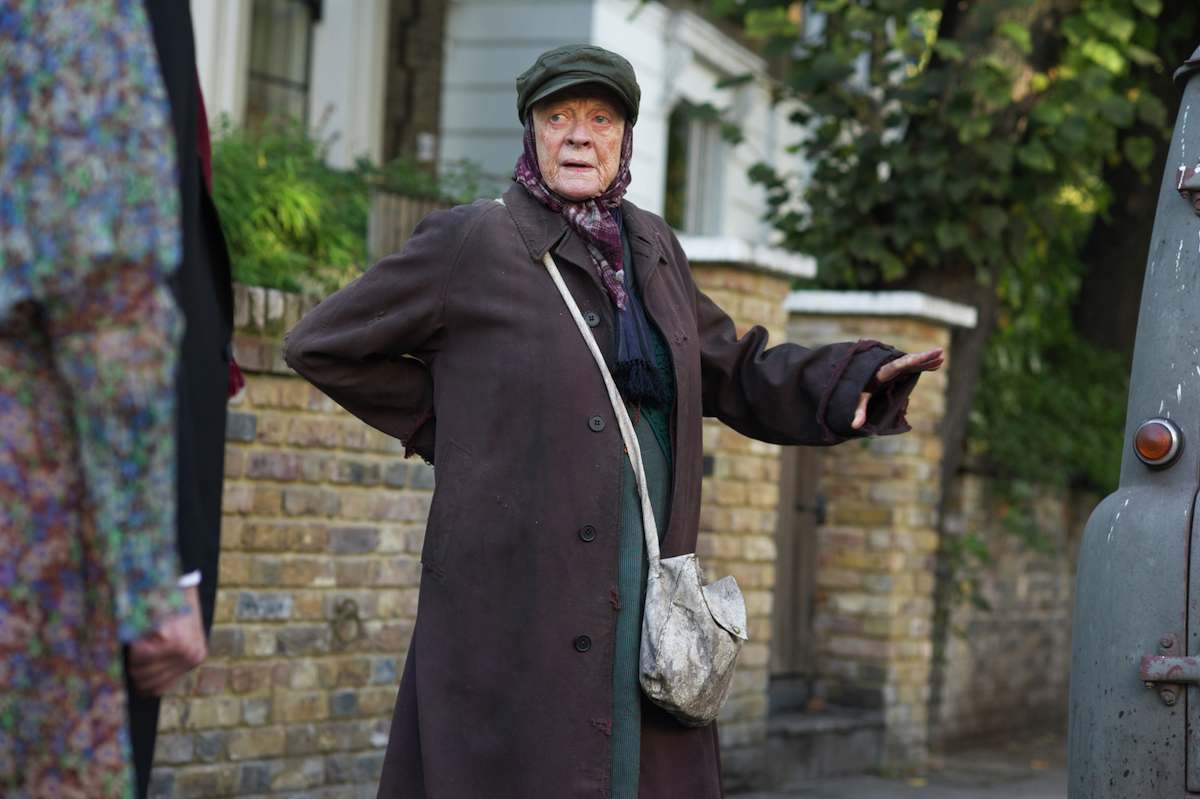 Based on the true story of Miss Shepherd, a woman of uncertain origins who "temporarily" parked her van in writer Alan Bennett's London driveway and proceeded to live there for 15 years.

What begins as a begrudged favour becomes a relationship that will change both their lives. The homeless woman was taunted by children and drunken revellers, and a concerned Bennett eventually provided her – and the van – with a parking spot on his driveway.

Filmed on the street and in the house where Bennett and Miss Shepherd lived for all those years, acclaimed director Nicholas Hytner reunites with iconic writer Alan Bennett (THE MADNESS OF KING GEORGE, THE HISTORY BOYS) to bring this rare and touching portrait to the screen.

Maggie Smith (DOWNTON ABBEY) melts into the lead role of the eccentric homeless woman as she trades her regular look for a flat cap and dirty raincoat.