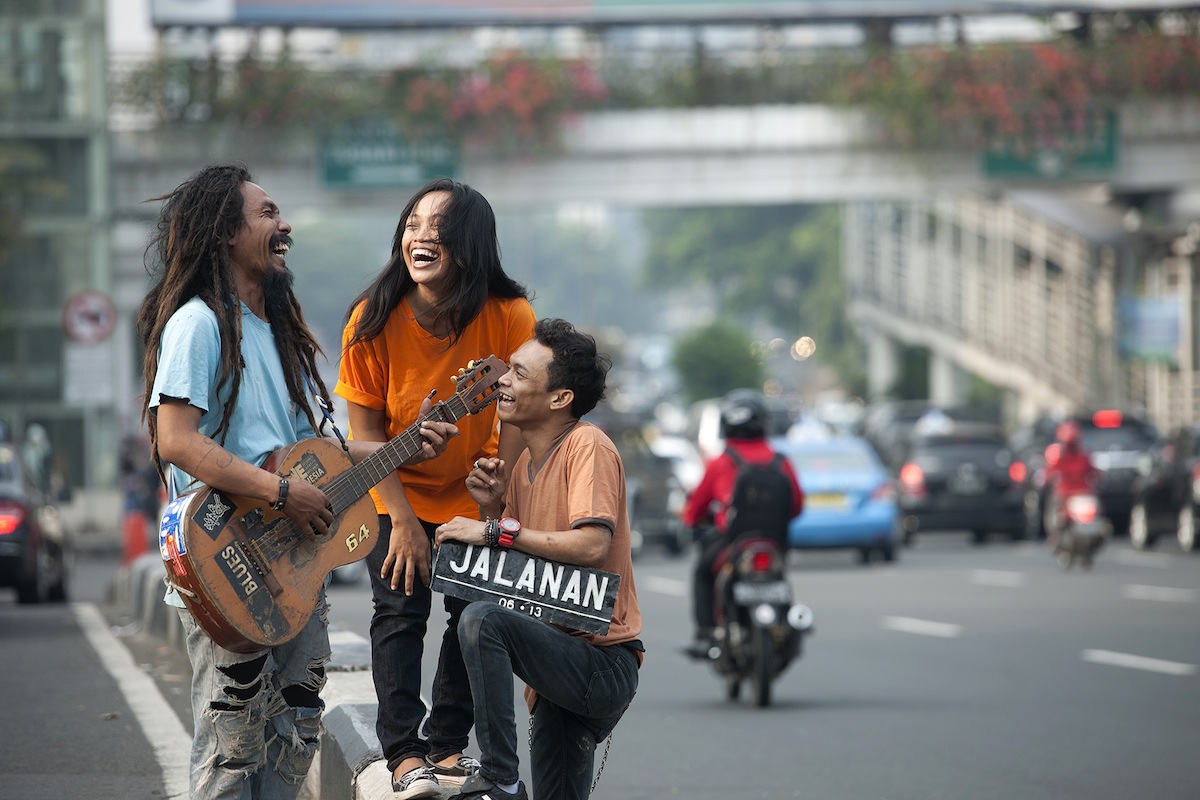 This captivating and charismatic story of three gifted musicians in Jakarta tells the wider story of contemporary Indonesia. Shot over a tumultuous five-year period, the film intimately exposes the young musicians’ lives and quirky sub-culture, while also creating a moody, striking, and raw picture of Indonesia’s capital.

The film accompanies the characters through moments of personal crisis, follows them back to their distant home villages in East Java, and traces their journey as they strive for legitimacy, identity and love in their adopted city. Juxtaposing the personal dramas of Boni, Ho and Tilti with the fragile politics of the present day country, Jalanan is a poetic urban drama of marginalized young people fighting to create meaningful lives in a huge city being overrun by the effects of globalization and corruption. A real-life soundtrack of the musicians drives the film throughout. BUSAN INTERNATIONAL FILM FESTIVAL, BEST DOCUMENTARY.