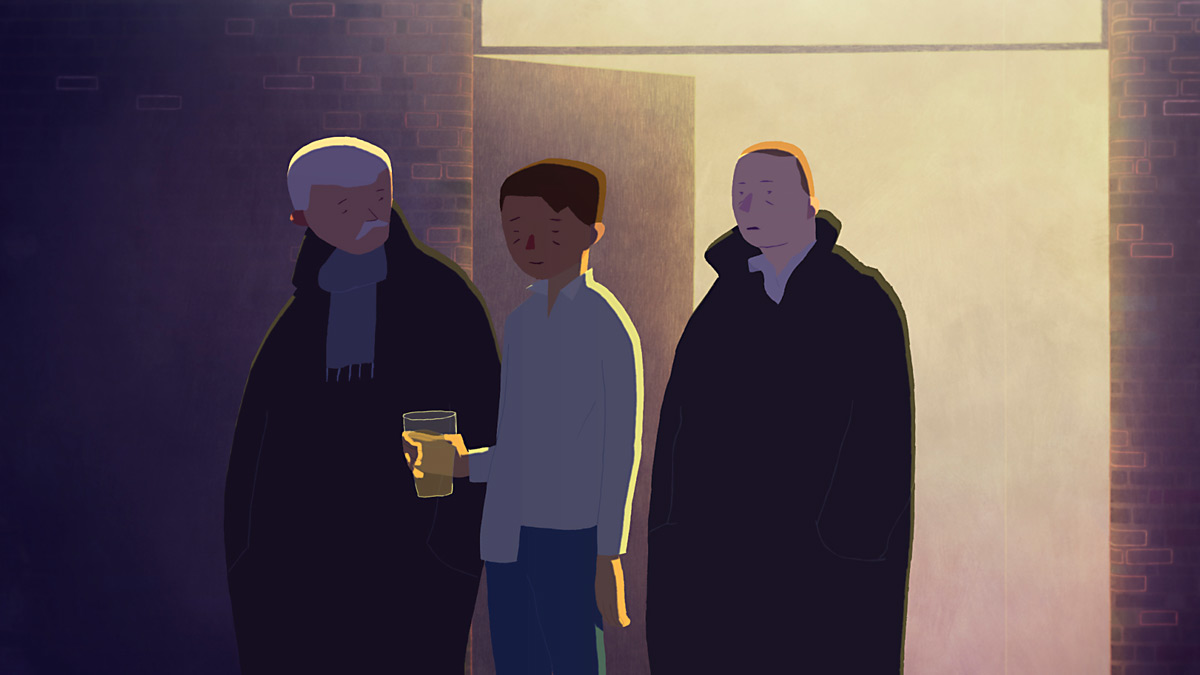 Death grants a man his last request, taking him on one final journey.

Two gangs meet to make a business transaction, but one stickler for grammer just won't let it go.

Commuter races to enter the closing doors of a departing subway train.

Drunk Visions of the Future

When a drunkard salaciously uses his ability to see the future to pick-up a beautiful woman, he realizes the hard way that the...