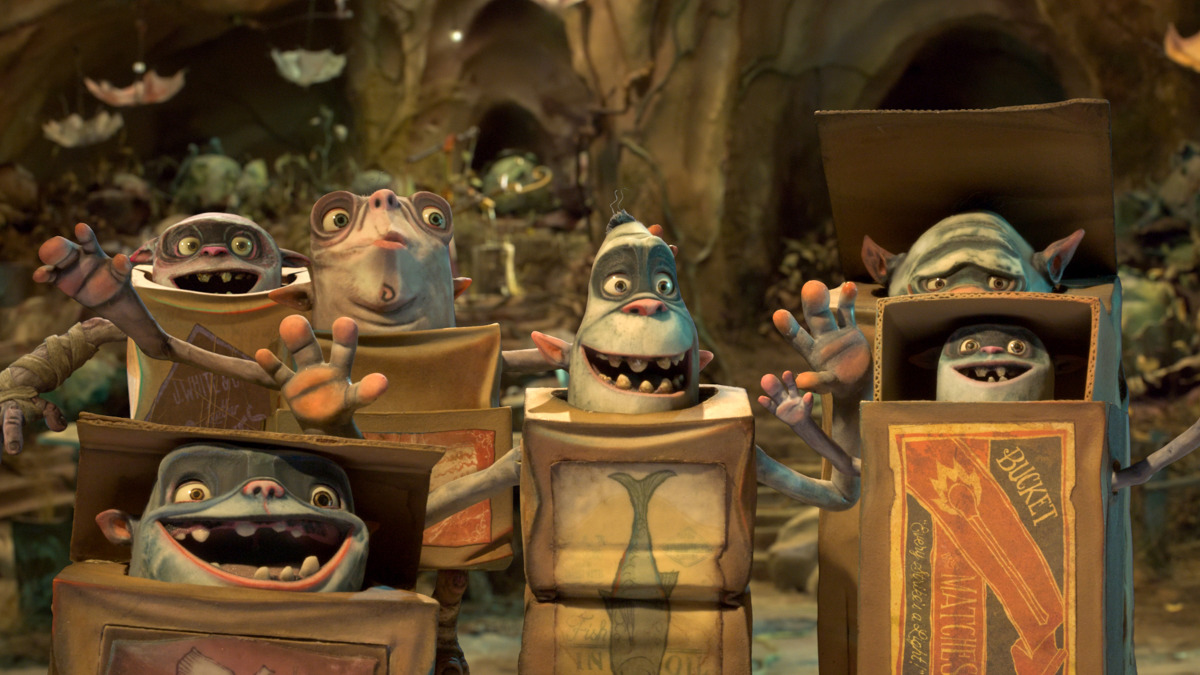 A stop-motion animated family feature about an orphan boy raised by underground cave-dwellers.

Deep below the streets of Cheesebridge lies a cavernous underground world. A community of quirky, mischievous trash collectors known as the Boxtrolls reside there. Living amongst these rectangular monsters is Eggs (Isaac Hempstead-Wright, Game of Thrones), a human orphan boy raised as one of their own. Through him, we learn that these creatures aren’t so scary after all. When the town exterminator, Academy Award® winner Ben Kingsley, comes up with a plot to get rid of them, Eggs must come to the surface and find a way to save his family.

Based on the British children’s novel Here Be Monsters by Alan Snow, The Boxtrolls receives the meticulously crafted stop-motion animation treatment from the creators of ParaNorman and Coraline. Also featuring the voices of Elle Fanning (Maleficent) and Simon Pegg (Shaun of the Dead), the film is a charming, fast-paced adventure and a sumptuous visual treat.

Suitable for young audiences. Tickets $7 for children 13 & under

Diana and her younger brother struggle to fend for themselves in the Filipino region of Purok (Zone) 7. Their mother had to move...