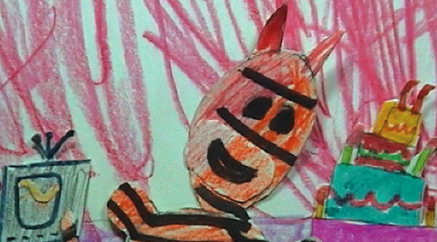 For those who believe that television, movies and the internet have led to a passive culture, the talented young filmmakers in the Youth by Youth Cinema (YYC) competition are here to prove you wrong. Open to students at all grade levels, from elementary to high school, the YYC competition is full of ambitious under-18s who are driven to take a more active role in the cultural world – to understand the tools and techniques behind visual media, and to add their own voices to the discussion.
CIFF is proud to offer these budding writers, directors and actors a place to share their works alongside some of the best established and up-andcoming cinematic artists from around the world. We hope this platform will inspire our young filmmakers with the full potential of cinema, and encourage them to continue along their creative paths. At the same time, we hope their unique perspectives and boundless enthusiasm will inspire the rest of us as well. After all, these are the filmmakers of tomorrow, and it is their voices that will come to define the future of our media landscape.

Integral Theory
DIRECTOR: Naanak Sodhi and Jashan Makan, High School, Calgary, 7 MIN
While those around them spend all their time in the two-dimensional world of computers and social networking, a group of friends plot their escape to the fourth dimension.

Epic Car Race
DIRECTOR: Nicholas Hall and Andrei Gavrilov, High School, Calgary, 2 MIN
A pair of toy cars pull out all the stops in a physics-defying stop-motion battle that will forever redefine the word “epic.”

Be the Hero
DIRECTOR: Grosvenor Wentworth Park School Grade Five, Elementary, Halifax, 1 MIN
Comic book heroes aren't the only ones who can make a difference. This claymation short challenges us to stand up for what's right.

Ignorance
DIRECTOR: Michael Roy, High School, Airdrie, 7 MIN
With the help of a mysterious vortex, a dimension-hopping teen experiences a string of alternate realities – and notices a disturbing pattern.

Rock Paper Scissors
DIRECTOR: Sarah Clark, High School, Bragg Creek, 2 MIN
Just because you made your friend out of pen and paper doesn't mean you can just toss them aside – at least, not without consequences.

Destruction of Construction
DIRECTOR: Judy Zhu, Calgary, 2 MIN
A beach-side construction project wreaks havoc on the lifestyle of the local marine life. A tale of the perils of over-development, told through puppetry.

The Lonely Rock
DIRECTOR: Emily Belanger, High School, Calgary, 2 MIN
Everyone around The Lonely Rock is pairing off. Will it ever find its partner, or is it doomed to a life of stoney solitude?

The Tree
DIRECTOR: Judy Zhu, High School, Calgary, 2 MIN
This brightly animated short chronicles the saga of an overly proud tree's journey from its forest home to the front steps of city hall.

Ingrid Pitt: Beyond the Forest
DIRECTOR: Kevin Sean Michaels, 2011, 6 MIN
In one of her last recorded conversations, Polish actress Ingrid Pitt recounts her childhood experience at a concentration camp, with animation by 11-year-old Perry Chen. (This film deals with mature subject matter)

The films in the Alberta Spirit competition don’t just represent the best in Alberta storytelling.

Woman in the Fifth, The

In his first film since 2004's much-acclaimed MY SUMMER OF LOVE, BAFTA Award-winning director Pawel Pawlikowski shifts gears from romantic drama to psychological...