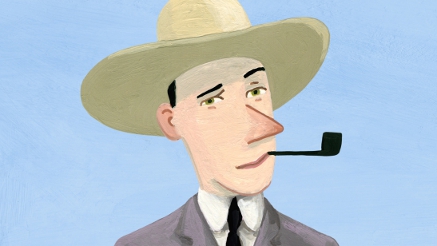 The films in the Alberta Spirit competition don’t just represent the best in Alberta storytelling. They also show the impossibility of coming up with a simple description of what makes an Alberta story. Some are made by industry veterans, others from relative newcomers. Some are set in Alberta, while others take place on the other side of the world. Like our province,
they encompass a range of attitudes and perspectives that can’t be reduced to any single formula.
There are stories of small-town living, and the confusion that comes from trying to fit in – or trying to break free. There are films that look at Alberta’s past, celebrating and gently chiding its frontier days (in WILD LIFE) or reflecting on recent injustices (SPIRIT OF THE BLUEBIRD). But there’s also an unconventional encounter in Afghanistan (SLINGSHOT) and a cabaret of the mind (TO THE DEATH). The one thing all the films share is a dedication to the art and craft of filmmaking – a dedication that makes for world-class work.
At the end of the Alberta Spirit screening, a live jury will convene to decide which of these films rises to the top as the Best of Alberta.

Blood/Sweat/Tears
DIRECTOR: Kevan Funk, 2011, 11 MIN
Like watching a car crash in slow motion – there's no force as powerful as a relationship in its death throes.

Not Far from the Abattoir
DIRECTOR: Kyle Thomas, 2011, 16 MIN
A born-and-bred small-town Albertan (Kris Demeanor) finds himself forced to make a decision when family, relationship and substance abuse issues come to a head.

Rusted Pyre
DIRECTOR: Laurence Cohen, 2011, 14 MIN
As an initiation into social acceptance, two girls spend a night in an abandoned car in the middle of a snowy field, but their ghost stories aren't half as frightening as reality.

Spirit of the Bluebird
DIRECTOR: Xstine Cook & Jesse Gouchey, 2011, 5 MIN
A back-alley mural comes to life in this beautiful, poignant tribute to a native elder whose life came to a tragic end.

To the Death
DIRECTOR: Danielle French, 2010, 4 MIN
In a cabaret of the mind, a Tarot reading unleashes Scarlett's unconscious onto a vaudeville stage. Is it all just entertainment, or will Scarlett see more than she wants?

Wild Life
DIRECTOR: Amanda Forbis and Wendy Tilby, 2010, 14 MIN
In this NFB-produced animation, a proper British gentleman heads to rural Alberta at the turn of the 20th century, only to realize he may not be prepared for rustic living.

Screening ticket includes private after-party at The Belfry, hosted by Calgary Economic Development/ Behind the Scenes.

*This includes the red carpet treatment: entry to the film screening, a drink ticket, and complimentary appetizers

This film has been rescheduled for Thursday September 29 @ 7pm.

For those who believe that television, movies and the internet have led to a passive culture, the talented young filmmakers in the Youth...