Runtime 120 mins
Event Details
11:00 AM Zoom Live
Reserve Seats
Ever wonder what a film director does other than drink coffee? This non-intimidating introduction workshop led by filmmaker Robert Cuffley aims to empower high school students to direct films. Using examples from several films, we will examine scenes to identify what is happening and why. We will also discuss the various jobs of an indie director, whether it be for a short or a feature film. By the end, students will begin to understand a director’s vision and how to put it to work.

This virtual workshop will take place over Zoom on Friday, September 24 & Sunday, September 26 from 11 am - 1 pm. Tickets are $35 per person. Space is limited to 12 high school students.

If you or any high school students you know are interested in attending, please send us an email with the subject line “Young Directors Workshop with Robert Cuffley” and a picture of your student ID to boxoffice@ciffcalgary.ca. You will be provided with the details to purchase your ticket from there!

Catch Robert Cuffley's latest films at the 2021 festival
JONESIN', Executive Producer
SOMETHING IS NEAR, Director 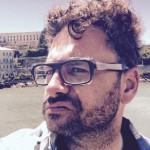 Robert Cuffley is a Canadian filmmaker and screenwriter who began shooting short films while still in junior high school. Since then, his feature films have played around the world, including the Toronto International Film Festival, SXSW and the Calgary International Film Festival. His latest film, the acclaimed BRIGHT HILL ROAD, is streaming on every digital platform you’ve ever heard of. And some you haven’t.
Length 120 mins
Event Details
11:00 AM Zoom Live
Reserve Seats
Partners