Runtime 45 mins
Event Details
3:30 PM Brüch Bar
Reserve Seats
3:30 PM Video On Demand
Reserve Seats
If you have a vision in your head but don’t have the funds to bring it to life, then this discussion is for you! Led by Michelle Wong, an experienced filmmaker, learn where the money is and how to get it. Through available public and private funding, this discussion will be the first step you need to take to get your film off the ground. Joining the conversation are Leanne Harry, Director of Media & Entertainment at RBC, local filmmaker Matt Watterworth and Lauren Davis from Telefilm Canada. 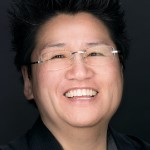 Michelle’s production credits cross all formats, from television movies to feature length documentaries and performing arts specials. She is currently the Head of Business Affairs at Seven24 Films, producers of WYNONNA EARP, HEARTLAND, JANN, and FAMILY LAW. She also sits on the board of AMPIA and is a founding member of Creatives Empowered, an Alberta based collective of artists who are Black, Indigenous & People of Colour empowering each other as an allied community. 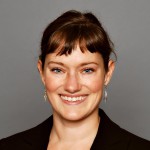 As a member of the largest team of specialized account managers across Canada, Leanne and her team at RBC provide expertise focused on the complex business of film and television production financing. She has a broad understanding of the business, production issues, and deal timelines and works with our Media & Entertainment clients every step of the way through the extensive network of industry service providers, including entertainment lawyers, accountants, bonders and GAP financiers.

Matt Watterworth is an award-losing alumnus of Victoria School of The Arts, SAIT Film & Video Production, and The National Screen Institute’s Feature’s First program. Through The Telefilm Talent to Watch program, Matt directed the revenge thriller IN PLAINVIEW, available on Amazon Prime. He also produced JONESIN’, which will have its world premiere at The Calgary International Film Festival. Matt lives in Alberta with his partner Britt and their dog, Friday. 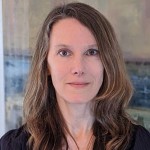 As Telefilm Canada’s Regional Feature Film Executive for the Western Region, Lauren Davis is responsible for supporting talent through production and post-production investments in lower-budget feature films. Lauren joined Telefilm after having worked as an independent producer. Over the years, she has held a number of management positions within the television, feature film and business-process management teams. Lauren is based in Telefilm’s Vancouver office.
Length 45 mins
Event Details
3:30 PM Brüch Bar
Reserve Seats
3:30 PM Video On Demand
Reserve Seats
Partners