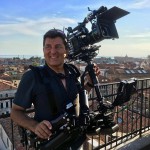 Stephen Campanelli is an award-winning Director and cameraman. His body of work has included Oscar winning films, and Oscar-winning performances under the direction of his mentor and friend Clint Eastwood. Stephen has been with Clint for 26 years now, and has now gone on to direct 4 of his own feature films, including the award winning, and #1 box office hit, INDIAN HORSE. He is honoured to bring his latest feature film DRINKWATER to the screen here in Calgary, for its World Premiere. 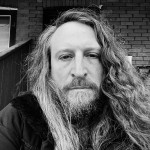 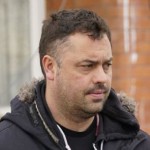 Michael graduated from the 2013 Canadian Film Centre Directors Lab and has a Master of Arts from The University of North Carolina. His films have played at top film festivals including Sitges, Rotterdam, Mumbai and Fantastic Fest. He has worked with legendary talent including Rutger Hauer, Michael Ironside and Kate Mulgrew and has won numerous awards for writing, directing and producing. Some recent films he’s produced include FAKE BLOOD, KNUCKLEBALL, BLOODTHIRSTY, and HARPOON, which is included in the Rotten Tomatoes list 'Best 200 Horror Films of All Time'. 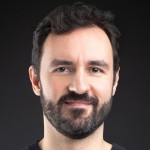 Igor runs the production company Timelapse Pictures with filmmaker Albert Shin and is an Assistant Professor in the Dept. of Theatre and Film at UBC. His award-winning shorts include WOMAN IN PURPLE (2010), THE FUSE: OR HOW I BURNED SIMON BOLIVAR (2011) and THE ARCHIVISTS (2020). His features include KRIVINA (2012), THE WAITING ROOM (2015) and THE STONE SPEAKERS (2018). THE WHITE FORTRESS (2021), his most recent feature, had its world premiere at Berlinale in the Generation 14+ competition.
Length 45 mins
Event Details
3:30 PM Brüch Bar
Reserve Seats
3:30 PM Video On Demand
Reserve Seats
Partners