Catch the films:
KIMMAPIIYIPITSSINI: THE MEANING OF EMPATHY, directed by Elle-Máijá Tailfeathers,
SUBJECTS OF DESIRE, directed by Jennifer Holness
LAST OF THE RIGHT WHALES, directed by Nadine Pequeneza
UNDETECTABLE, directed by Laura O'Grady

Laura O’Grady likes to keep busy. From documentaries that have been screened around the world to national broadcasts, Laura has produced, written, or directed hundreds of hours of content. She has received many Canadian Screen Award nominations, provincial awards, and has had 2 films debut at the Hot Docs International Film Festival and Calgary International Film Festival. 2021 marks the release of the documentary UNDETECTABLE: How Stigma Has Gone Viral In the Fight Against HIV.

LAST OF THE RIGHT WHALES

Nadine Pequeneza’s films (THE INVISIBLE HEART, 15 TO LIFE: KENNETH’S STORY, INSIDE DISASTER: HAITI), offer unique access to character-driven stories about social and environmental justice. Her work has been recognized by the Canadian Screen Awards for Best Writing in a Documentary, the Chicago International Film Festival Gold Hugo Award and Sichuan Festival’s Gold Panda Special Jury Award. She is a two-time nominee for the Donald Brittain Award for Best Social/Political Documentary. 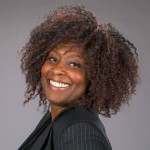 Jen Holness is a happy workaholic who writes, produces and directs. She has won numerous awards including a Canadian Screen Award for best writing. She is also the 2021 Indiescreen Producer of the Year award-winner. Jen co-produced STATELESS (2020 Hot Docs Special Jury Prize). Her narrative features include HOME AGAIN and LOVE, SEX & EATING BONES. SUBJECTS OF DESIRE is her feature directorial debut.