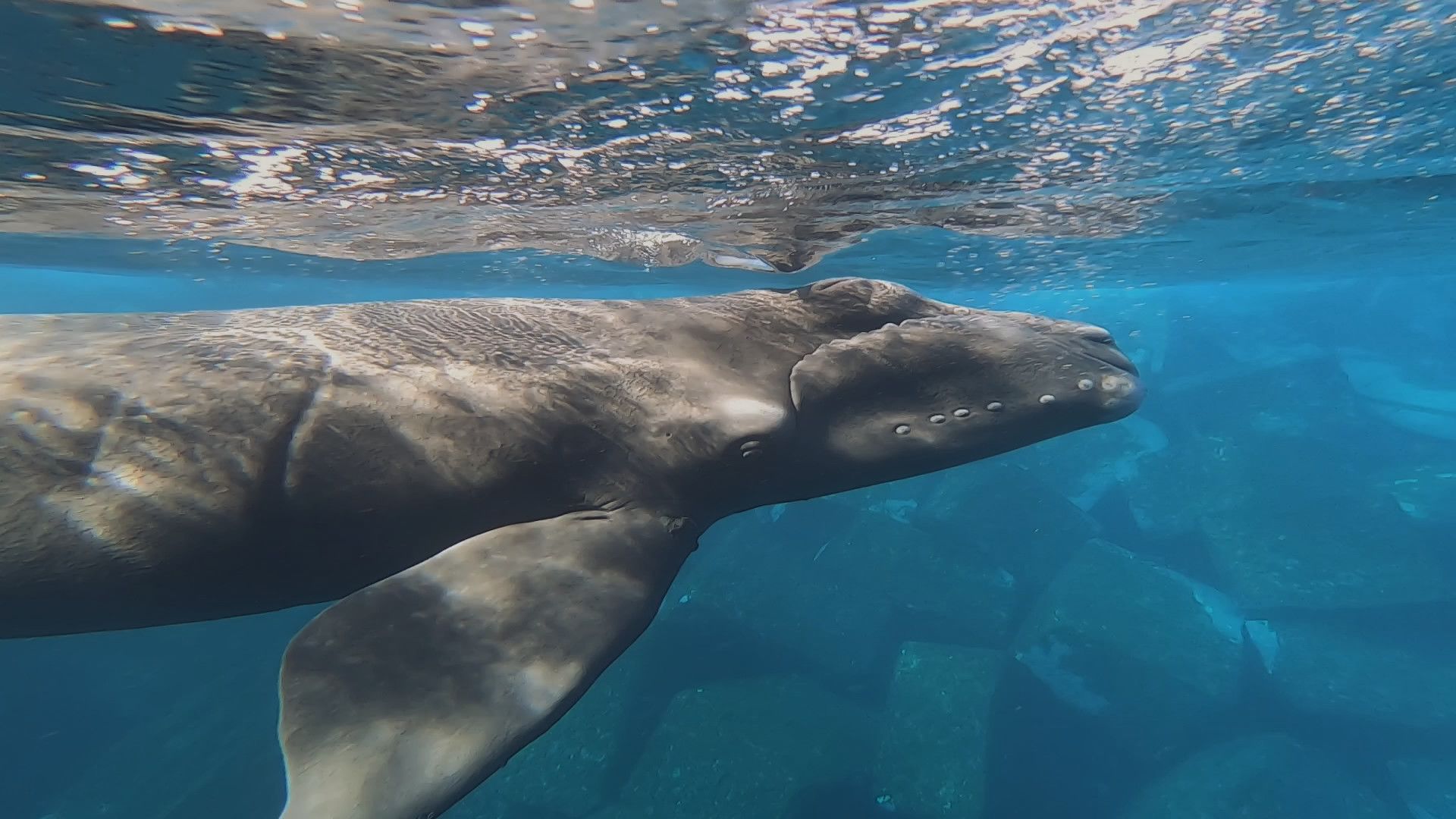 LAST OF THE RIGHT WHALES

These gentle giants no longer die of natural causes. Instead, they are run over by ships or suffer lethal injuries from fishing gear, and over the past decade, they’ve been dying at a rate of 24 per year. This staggering death toll is fueling a movement to save the first great whale to face extinction. LAST OF THE RIGHT WHALES is the story of a disparate group of people - a wildlife photographer, a marine biologist, a whale rescuer, and a crab fisher - united in their cause to save the North Atlantic right whale. By joining forces these formidable allies are determined to stop the world’s first great whale extinction.

With 4K cinematography and unprecedented access to the migration of the North Atlantic right whales from their calving ground off the coast of Florida to their new feeding area in the Gulf of St. Lawrence, director Nadine Pequeneza's LAST OF THE RIGHT WHALES brings a message of hope about the most at-risk great whale on the planet.

THE LAST TOURIST reveals the real consequences of one of the worlds largest industries through the forgotten voices of those working in its...

When a Haitian boy adopted by an Indigenous family is refused the right to play in the All Native Basketball Tournament, he faces...

THE GIG IS UP

Uber, Amazon and other platforms tempted people into leaving the traditional workforce with promises of good wages, flexibility, and the ability to be...