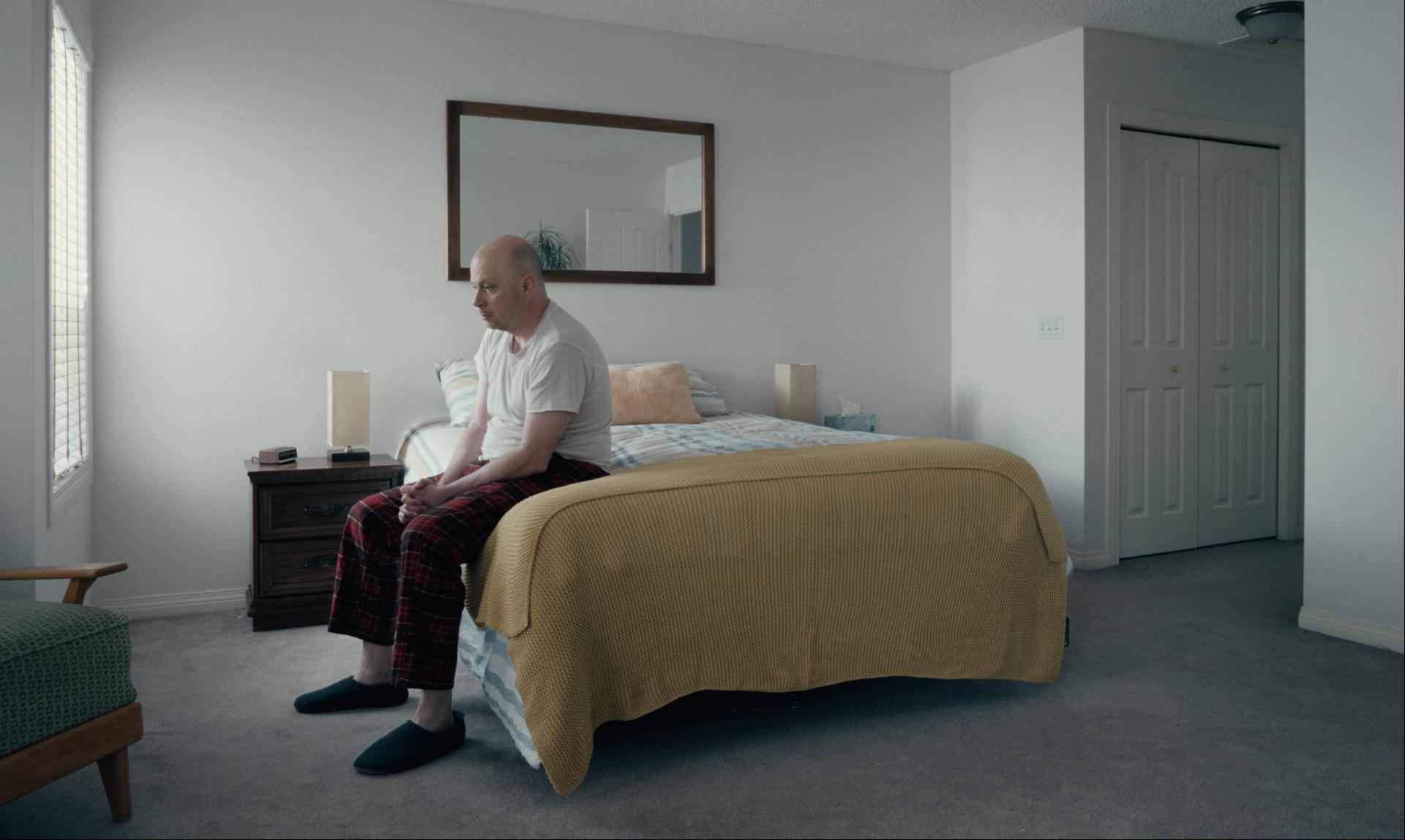 This short film is included in the following package(s): SHORTS: ALBERTA SPIRIT #1

A middle-aged man's inability to control his temper while playing sports causes his life to spiral out of control.

Basketball is becoming a running theme for local filmmaker Ted Stenson (EVENTS TRANSPIRING BEFORE, DURING, AND AFTER A HIGH SCHOOL BASKETBALL GAME, 2020). This time, the sport is being used as a plot point to dig into one of the most primal emotions, rage. Starkly designed sets and short-and-sweet vignettes, FOUL wears its Roy Andersson influence proudly and brings pitch-black dark comedy to the bizarre premise.

A woman’s memory of an unresolved romance finds closure at a drugstore store.

In the grand song that is the universe, Death is the great sound mixer.

An indigenous boy raised in Calgary reclaims his culture through Fancy Feather Dancing.