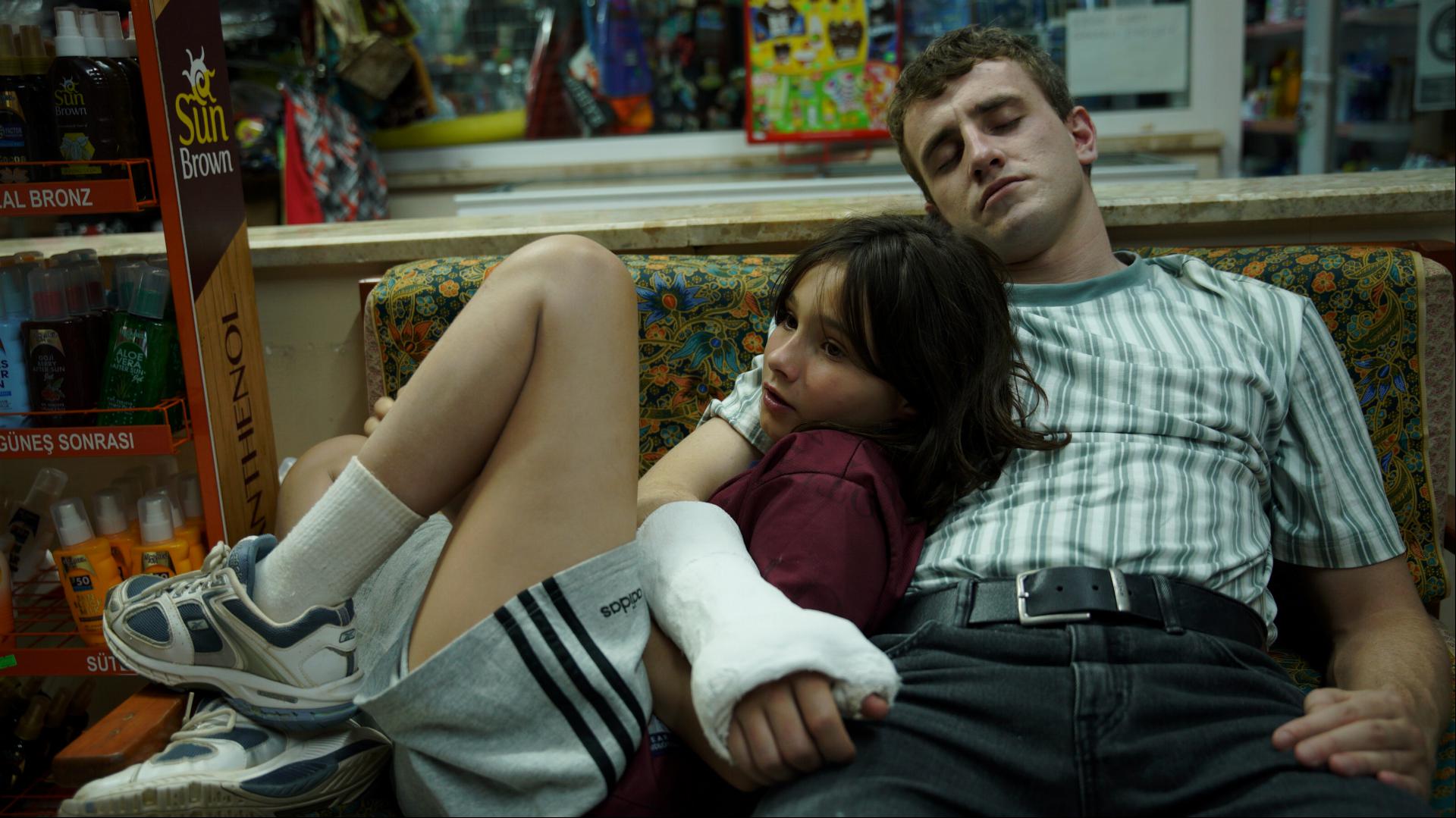 At a fading vacation resort, 11-year-old Sophie treasures the rare time she spends with her loving and idealistic father, Calum (Paul Mescal). While Sophie faces her impending adolescence, Calum struggles under the weight of life outside of fatherhood. Twenty years later, Sophie's tender recollections of their last holiday become a powerful and heartrending portrait of their relationship. In Charlotte Wells' superb and searingly emotional debut film, a woman tries to reconcile the father she knew with the man she didn't.