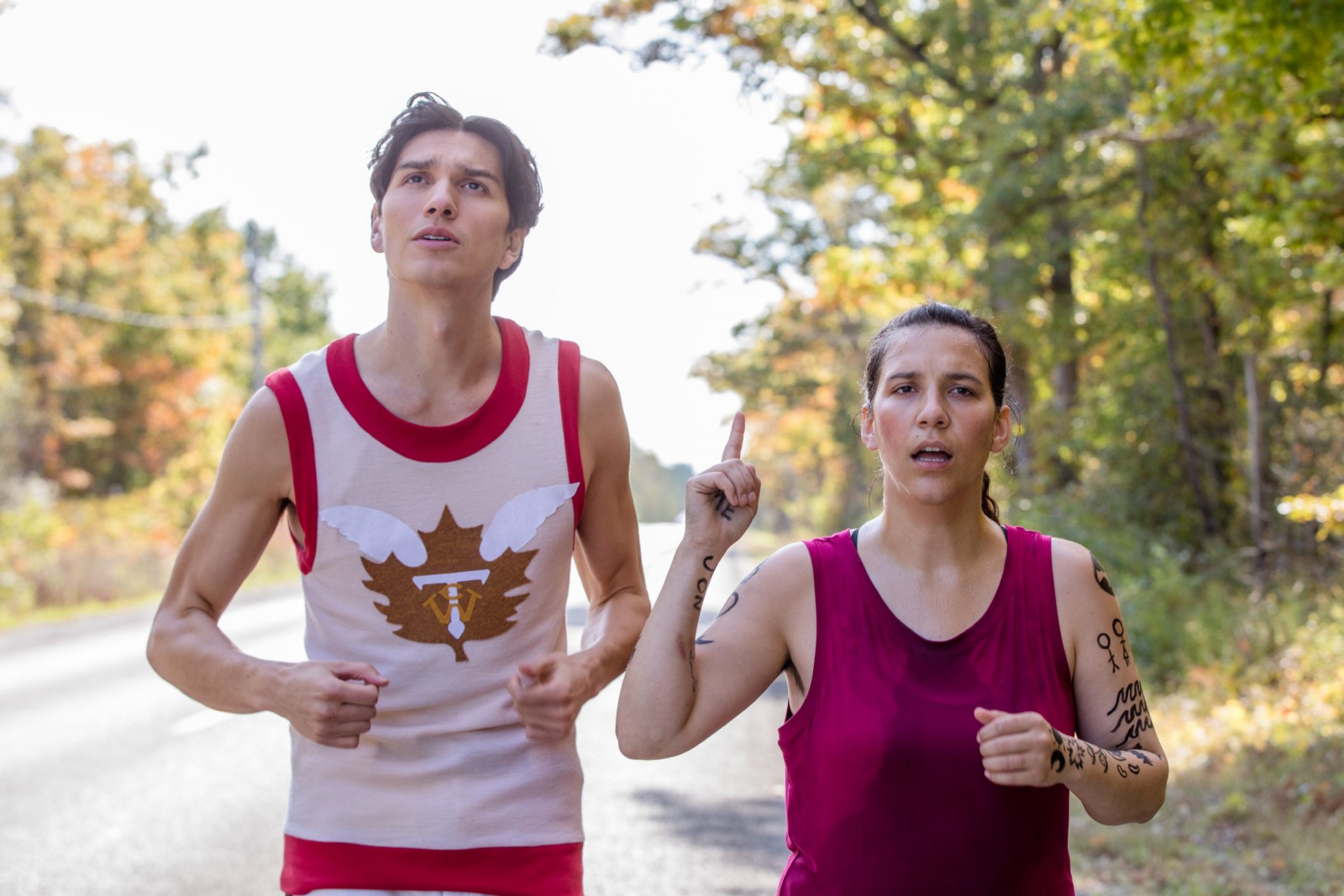 When a steady diet of donuts, pizza, cake and cigarettes lands single mother Beck in a diabetic coma, she receives a ghostly life coach in the form of legendary marathon hero Tom Longboat who helps her train for the run of her life. Told with a lighthearted touch, RUN WOMAN RUN is a feel-good anti-rom-com about a woman who has to tackle the ghosts of her past before she can run toward a new future.

Taking place in Six Nations, Canada and with a powerful lead performance by Dakota Ray Hebert, as well as stand-out casting all around including Lorne Cardinal, director Zoe Leigh Hopkins debut feature is a unique Indigenous story that still feels universal and natural.

Available online from Wednesday, September 29 at 9 AM to Friday, October 1 at 9 AM.

THE NOISE OF ENGINES

Alexandre, an instructor at the Canadian customs college, finds himself under police investigation for sexually explicit drawings troubling the town.