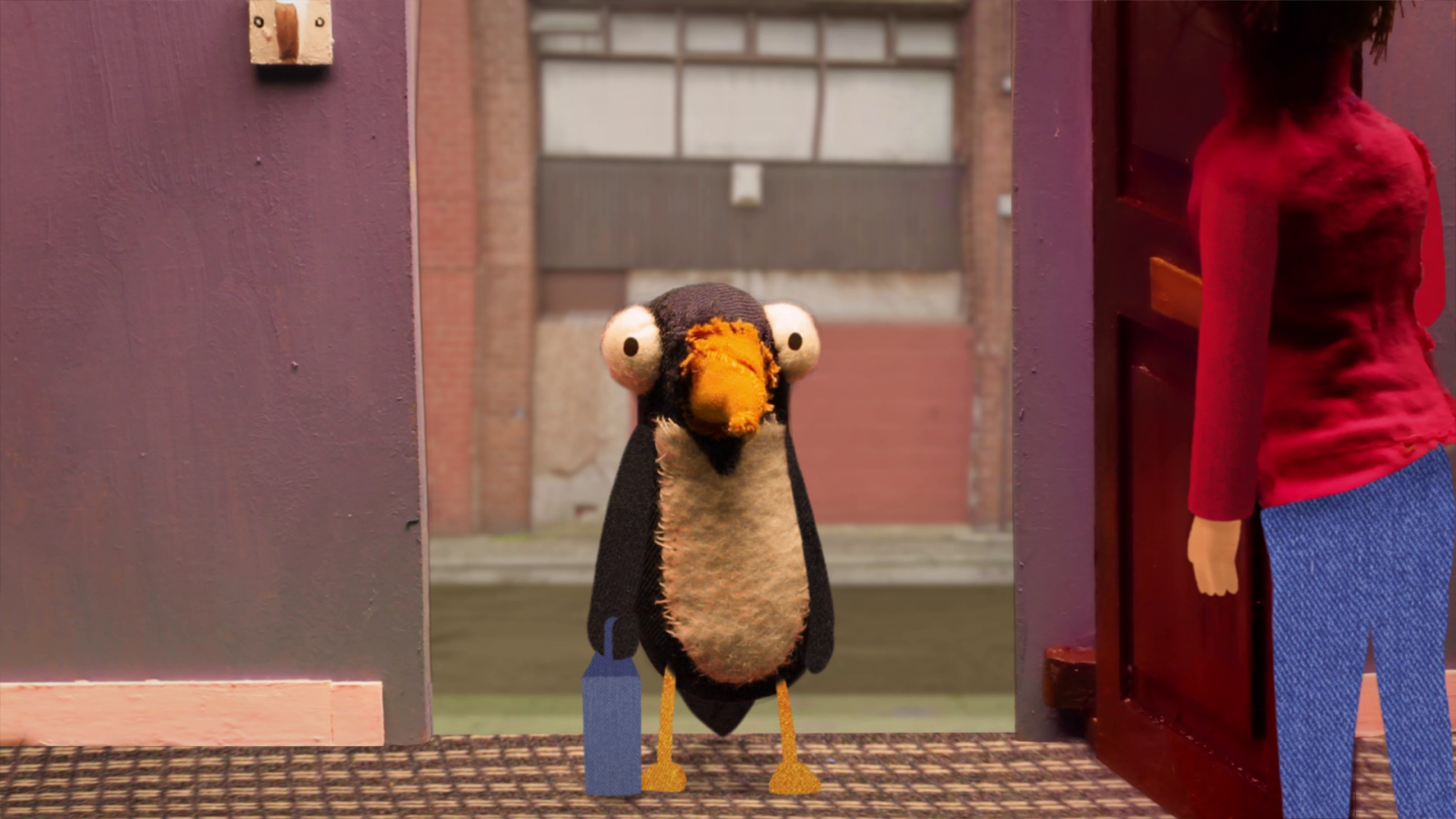 Middle-aged, childless couple Olivia and Gavin donate to ‘adopt’ a penguin from a television advert. Their lives are changed when the penguin actually arrives on their doorstep. While Olivia takes to the penguin immediately, Gavin is less pleased, near-disgusted by this foreign invader. However, when the Penguin comes back from his first day of school beaten and abused, Gavin realizes the impact of his prejudice and performs a fatherly act.

A stranded astronaut discovers the joy of building a new life when an ethereal visitor lands on his tiny planet.

MAMA HAS A MUSTACHE

Through children's eyes, explore the experience of growing up with a transgender parent.

Surrounded by the absurd world of humans, dogs struggle against their instincts to comply with their owners' wishes.