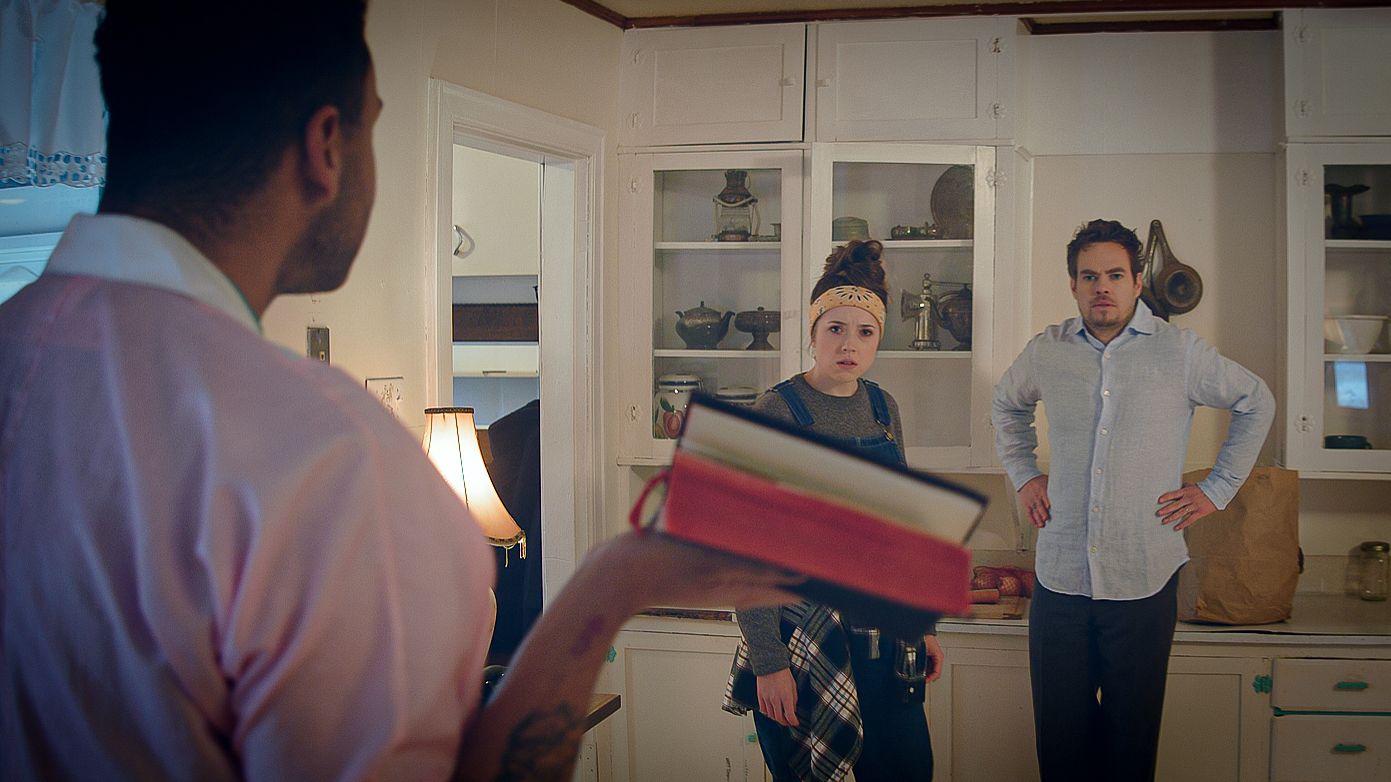 GOING TO THE CHAPEL

This short film is included in the following package(s): SHORTS: ALBERTA SPIRIT NARRATIVES

A newlywed throuple meets the local minister in this LGBTQ2SIA+ polyamorous horror film. Juxtaposing traditional rural and religious locations with urban, progressive characters, GOING TO THE CHAPEL is both a warning message and a call to action for inclusion. Filmmaker Matt McKinney's first film at CIFF showcases some fantastic cinematography, the camera taking on its own personality as the horrors unfold.

A door-to-door evangelist is unwittingly doomed after soliciting to a household inhabited by strange, cloistered women.

In an effort to confront childhood neglect, a young man hires someone to act as his father in hopes of processing his long-ignored...

HOP ALONG HANG ON

Rose the rabbit seeks her way home in this poetic story of reclamation, recovery, and reconciliation.