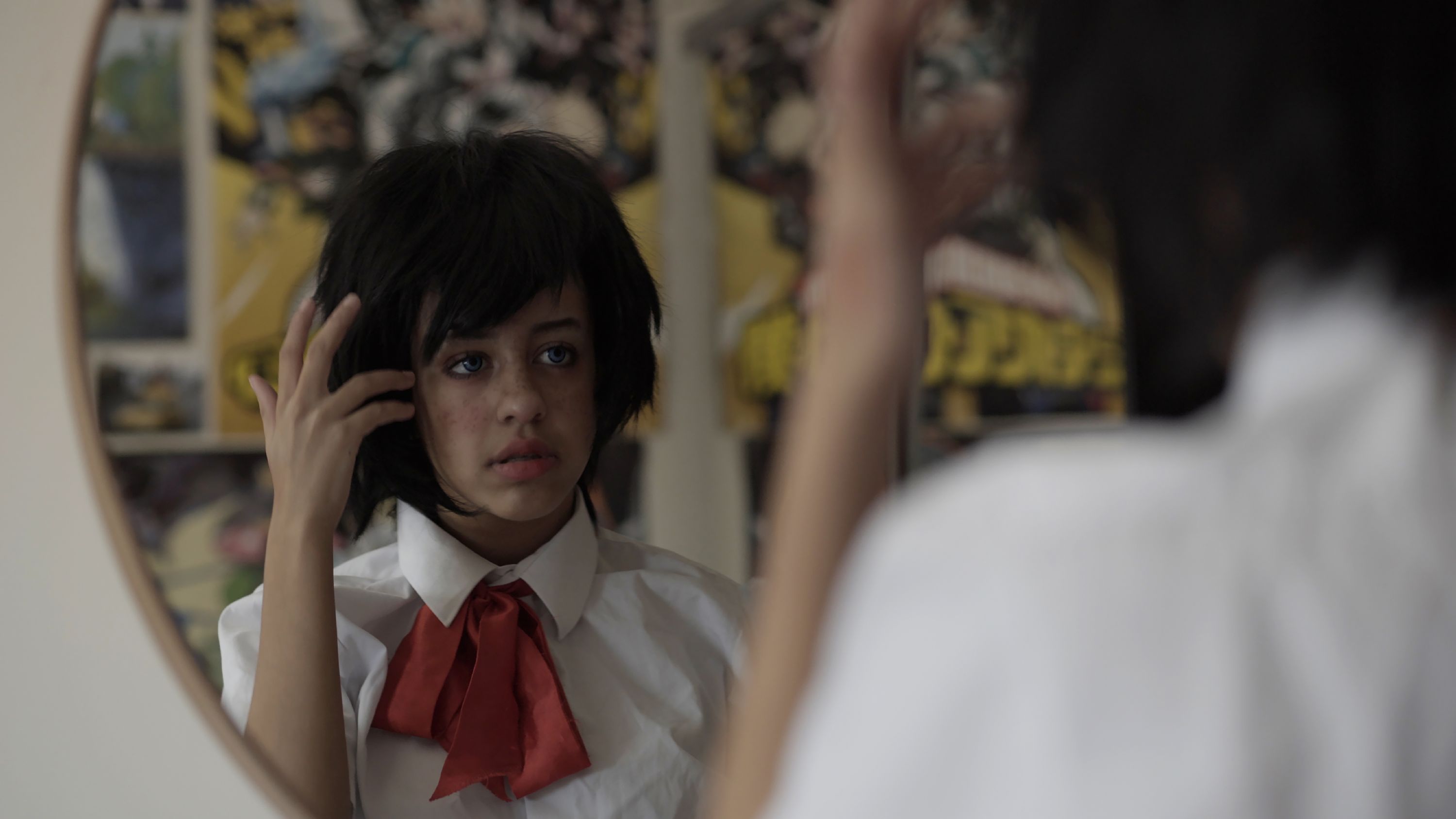 In this intimate portrait, we follow thirteen-year-old Imogen as she prepares for the biggest event of her year: the Comic-Con cosplay convention. After choosing the cartoon character she wants to be, she begins meticulously crafting her own costume. Imogen stitches her costume and story together as she explains how becoming a fictional character helps her cope with the feeling of being an autistic outsider.

MAMA HAS A MUSTACHE

Through children's eyes, explore the experience of growing up with a transgender parent.

A boy attempts to get a silver medal in the most daunting of gym class challenges, the flexed arm hang.

Frank and Emmet, two life-long friends, sit down for a much-needed conversation. One of them is a puppet.