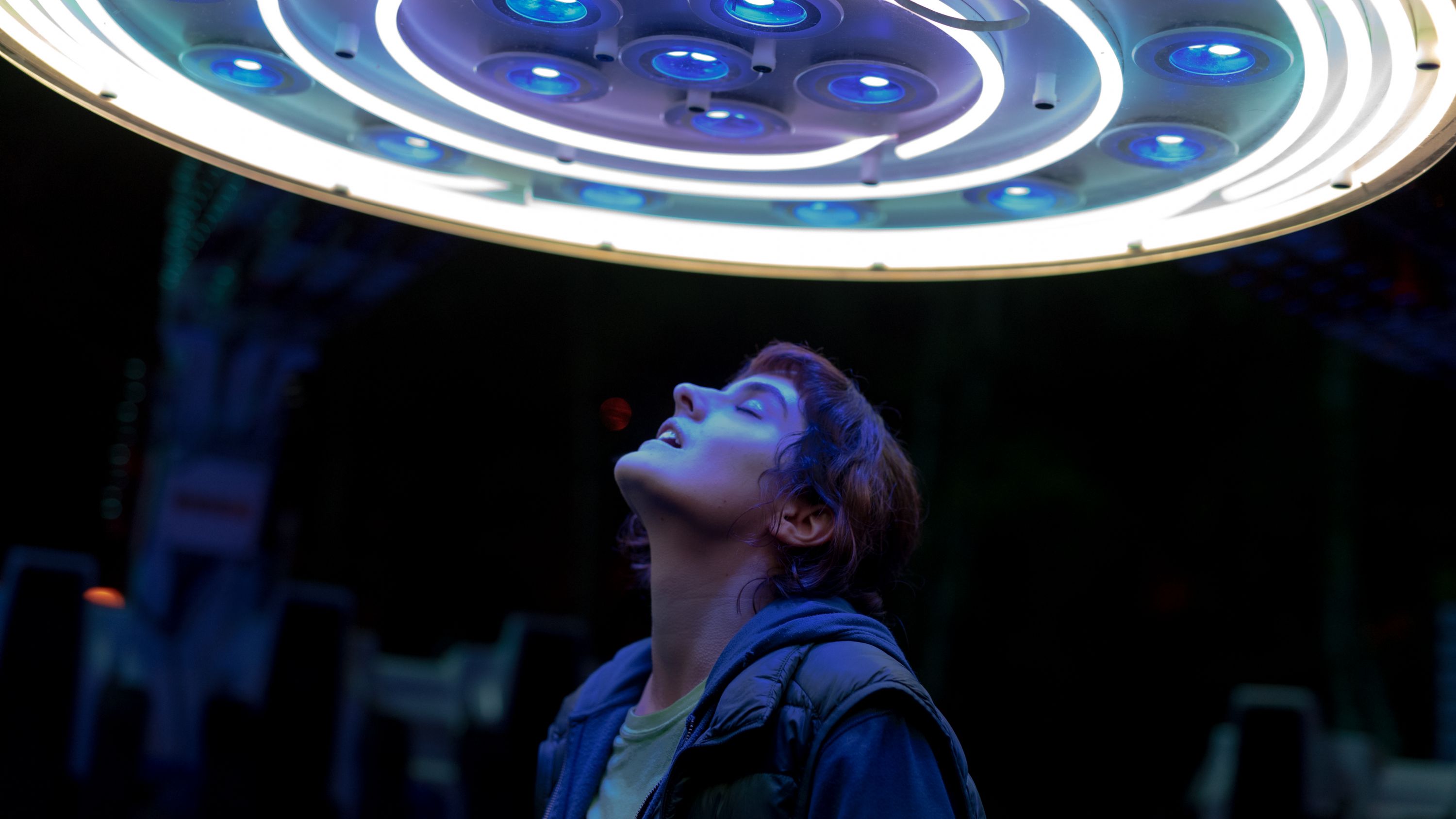 Objectum Sexuals: individuals with a preference for inanimate objects. They may feel strong feelings of attraction, love and commitment to certain items. Some object-sexual individuals also believe that objects have souls, intelligence, feelings and are able to communicate.

Jeanne works at night in an amusement park. Fascinated with carousels, she still lives with her mother, the extrovert Margarette. Where no man is able to find their place among the rocky and unusual duo, Jeanne starts to grow an odd relationship with Jumbo, the park’s new flagship attraction. Soon, it appears that Jumbo, a striking and colourful merry-go-round, starts communicating with her.

Zoe Wittock is destined to make an impact as the next emerging female filmmaker with this stunning surreal directorial debut, starring the spectacular Julia Ducournau (RAW) and Coralie Fargeat (REVENGE).

A police detective arrives in a small village to investigate the tragic death of a local couple, but the townspeople hold a dark...

Frank – a homeless alcoholic – lives a fruitless existence. All that begins to change when he finds a puppy that was left...