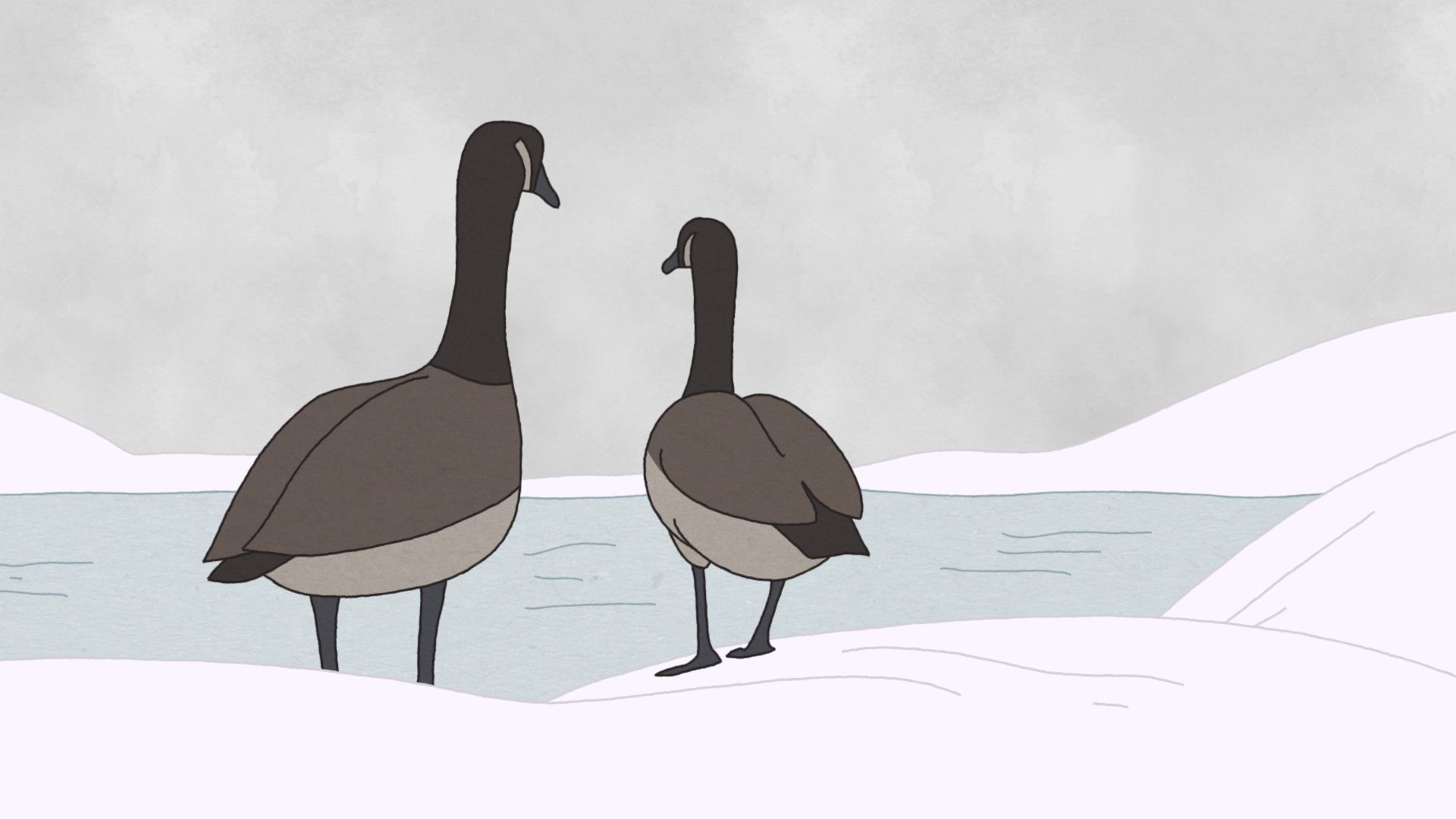 This short film is included in the following package(s): SHORTS PACKAGE: ANIMATION NATION

In this dry comedy, a Canadian goose takes a moment to look back and remember his last migration while reflecting on his family. He tells us about how he met his lovely wife and explains the route that the geese use to fly down to the United States from Canada. But the story takes a dramatic turn, leaving you with an ending you never saw coming.

A bittersweet animated story of a girl with a yellow umbrella who brings emotional memories back to a boy.

When a luxurious touring train halts in a pitch-black tunnel, the conductor tries to pacify the passengers, not knowing an uninvited creature quietly...

After witnessing a crime, a group of children are forced to remain silent. When the youngest child finds the burden too heavy, the...