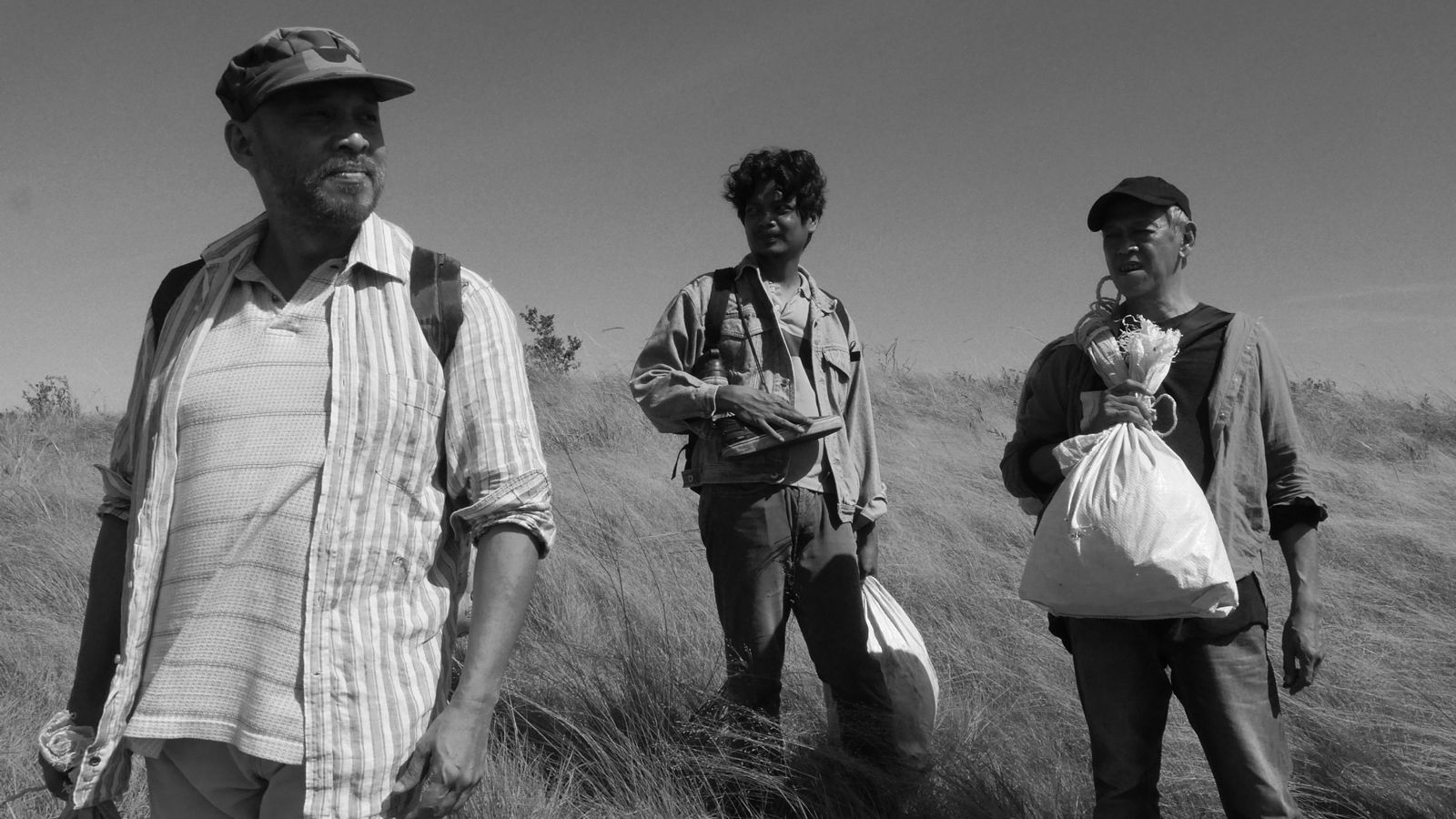 The first segment, directed by Lav Diaz called “Hugaw" (“Dirt”) depicted in luscious black and white is about three coal miners who make the long dangerous journey back home across an unforgiving landscape featuring a sea, a mountain and a forest. Along the way, they encounter mystical visions which tests their nerves and sanity.

Brilliante Mendoza’s “Desfocado” (“Defocused”) tackles topics of corruption and justice by using a real-life story about farmers from Mindanao island who marched over 1000 miles to demand justice for their land.

Kidlat Tahimik’s final segment (“Kabunyan’s Journey”) is a touching documentary about his son’s travels in their family camper van across the Philippine countryside.

LAKBAYAN is a landmark film that brings together three of Filipino cinema’s biggest directors and allows viewers to get a taste of each director’s cinematic style while highlighting relevant cultural, mythical and societal issues.

A captivating film where two police officers’ hunt for a terrorist leads them into a nightmarish labyrinth desert.