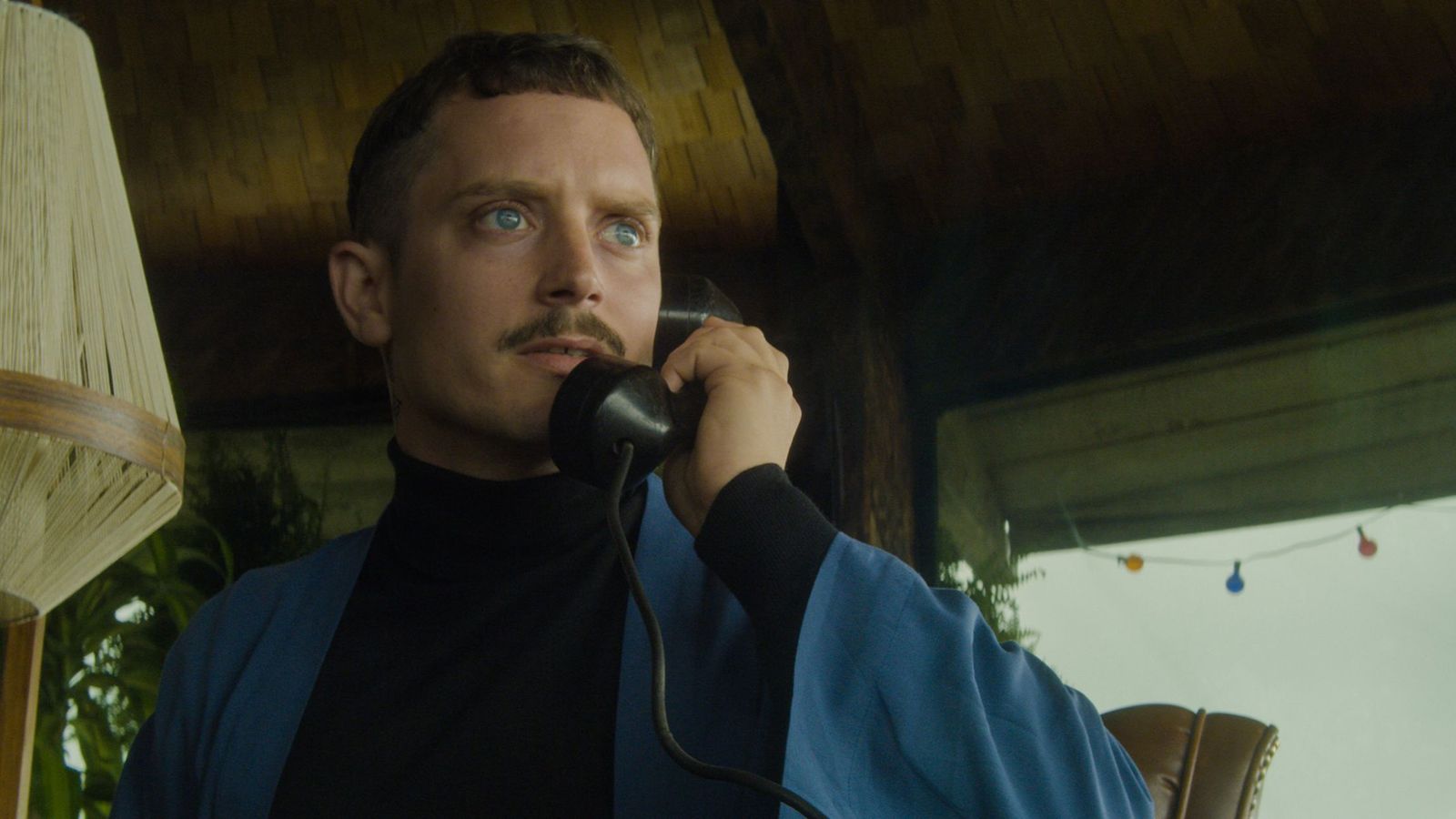 Norval’s life has been, to put it lightly, difficult. Currently living at home with his mother, the troubled young man is coming off alcohol-related struggles. So when he receives an unexpected letter from his estranged father requesting a visit, Norval catches a bus up to his dad’s secluded and scenic waterfront home. Maybe reconnecting with his father will give Norval the emotional fulfillment he’s been lacking. Before long, though, he notices something off about his dad, an uneasy feeling triggered by inappropriate comments and a possible over-dependence on booze. Norval quickly realizes that his hope of father/son bonding is doomed. Instead of a family reunion, he finds himself in waking nightmare.

No stranger to the horror filmmaking world, genre producer extraordinaire Ant Timpson (TURBO KID, THE GREASY STRANGLER, THE ABC’s OF DEATH, DEATHGASM to name only a few), brings us a fun, twisted, gory first feature starring the much loved Elijah Wood, Stephen McHattie (also appearing in CIFF selection Z) and Martin Donovan (also appearing in CIFF selection WHITE LIE). Too many words will ruin the twists and turns of this film!

The discovery of buried treasure sets a group of friends on an escalating course of suspicion and violence in this brilliantly atmospheric thriller.

A couple is shaken to the core when their eight-year-old son begins hanging out with a creepy and ominous imaginary friend.