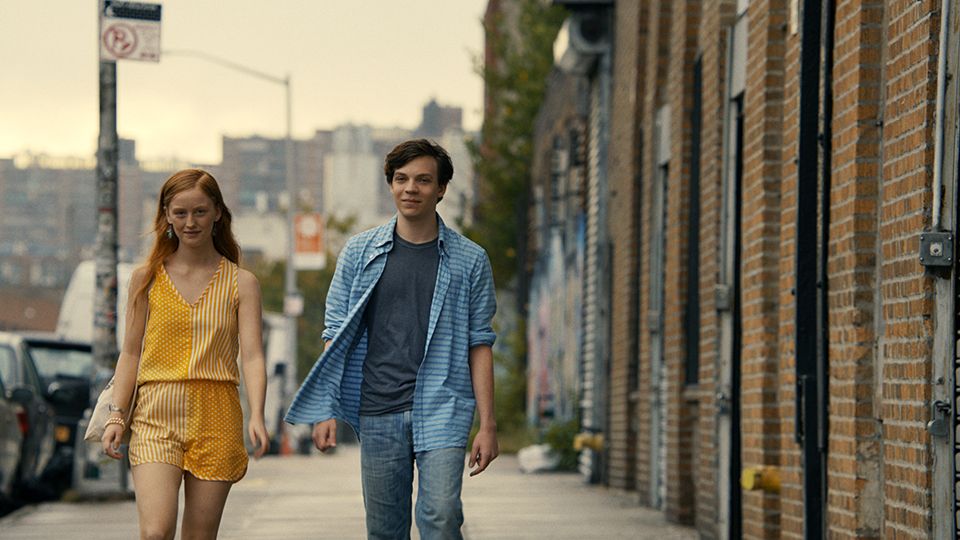 2006. Summer. Awkward, self-conscious Adam Freeman (a wonderfully endearing Nicholas Alexander) has just finished his junior year of high school. When his cool older sister Casey (Margaret Qualley) suggests he visit her in New York for the summer, Adam has visions of meeting a girl and finally gaining some actual life experience. But this fantasy doesn’t materialize exactly as expected. Casey has enthusiastically embraced life amidst Brooklyn’s young LGBTQ community and invites Adam to tag along with her to queer bars, marriage equality rallies and other happenings. When Adam falls at first sight for Gillian (Bobbi Salvör Menuez), a smart, beautiful young woman he's met as part of this hip new crowd, she mistakenly assumes he is trans. Flummoxed and enamored, he haplessly goes along with her assumption, resulting in an increasingly complex comedy – and tragedy - of errors he’s ill-equipped to navigate.

First time feature filmmaker Rhys Ernst has navigated the tricky source material of Ariel Schrag's book (upon which the screenplay, also written by Schrag, is based), and we're treated to a sweet and funny coming of age comedy that doesn't shy away from asking some big questions about gender and sexuality while making audiences squirm a little. Featuring a predominately LGBTQ2+ cast, ADAM is an ambitious and crowd-pleasing debut feature that's guaranteed to spark some intense post-screening conversations.

PRINCESS OF THE ROW

The inspiring tale of a runaway foster child who will stop at nothing to live with the only family she knows: her father.