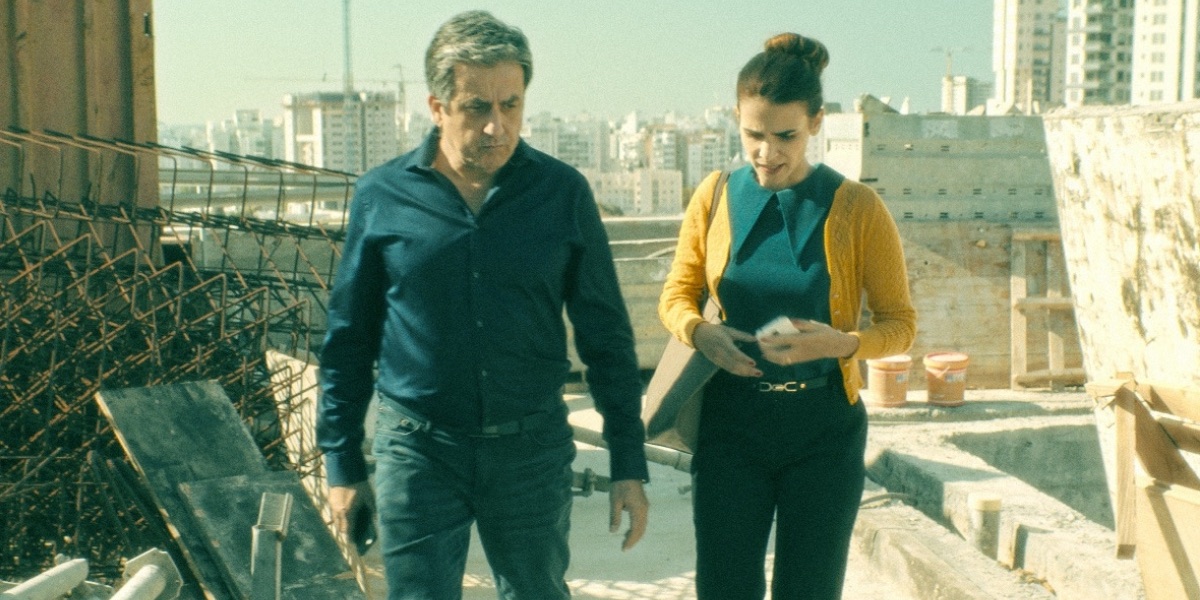 Orna, a young mother of three, just got a job as an assistant to Benny, a powerful realtor - and she is extremely successful at it. Her boss flatters and promotes her, but is also attracted to her, alternating charm and harassment. She also becomes the main bread earner while her husband is struggling to keep his small restaurant afloat. Life at work becomes unbearable, until a climactic event occurs, which shatters Orna's world. Now she has to confront the humiliation, shame, guilt, rejection and most of all the fear of unemployment - but Orna fights in her own way, at a price, as director Michal Aviad crafts an extremely powerful, absorbing and incredibly timely film.

SMUGGLING HENDRIX is stand-out, crowd-pleasing feature debut from writer/director Marios Piperides. Yiannis, a fading musician, is planning to leave crisis-ridden Cyprus for a...

Aban (Hedieh Tehrani) is the only female contractor in a cutthroat and male-dominated orange harvesting industry, where contracts are hotly contested. In order...

Just before the summer vacation 15-year-old Mia and her parents move to the suburbs of Zürich. While Mia plunges into a wild teenager...