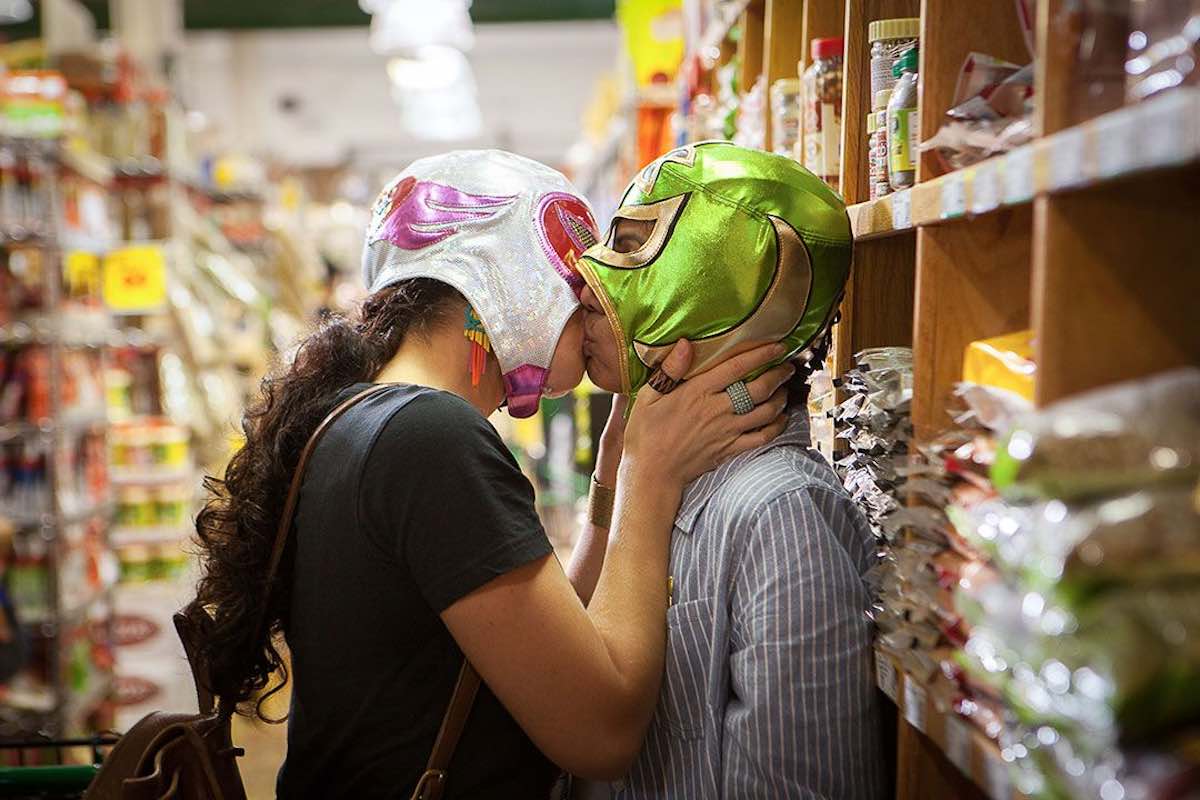 Preceded by the short film: Iconoclast

A Muslim lesbian from Chicago cares for her TV-obsessed mother and has two secrets: she's training to be a wrestler and is in love with a woman.

Zynab is a Pakistani at home in Chicago, wearing her hair cropped short and driving a bright red moped to her job as an immigration lawyer. She’s also training to be a wrestler. All day long, her widowed mother sits in Zynab’s living room, watching endless Pakistani soap operas, devoutly fixing her hijab, and using binoculars to size up suitable husbands for her daughter. When Zynab begins a serious relationship with a a confident Mexican-American woman, she is forced to confront her lesbian identity and her mother’s traditional expectations.

SIGNATURE MOVE is Jennifer Reeder’s debut feature. Premiering at SXSW, it's picked up many awards on the festival circuit, including the Grand Jury Award at L.A. Outfest and Best Director and Best Actress at FilmOut San Diego. Brightly confident and fun, it offers sincere and often funny reflections on generational shifts, love in a hook-up society, and weight of motherhood.

SIGNATURE MOVE will be preceded by the short film:

Jeffrey Dahmer was once a child – a shy teenager who struggled to fit in.

Harry Dean Stanton is Lucky, an offbeat 90-year-old atheist in a small desert town, in John Carroll Lynch's directorial debut that focuses on...